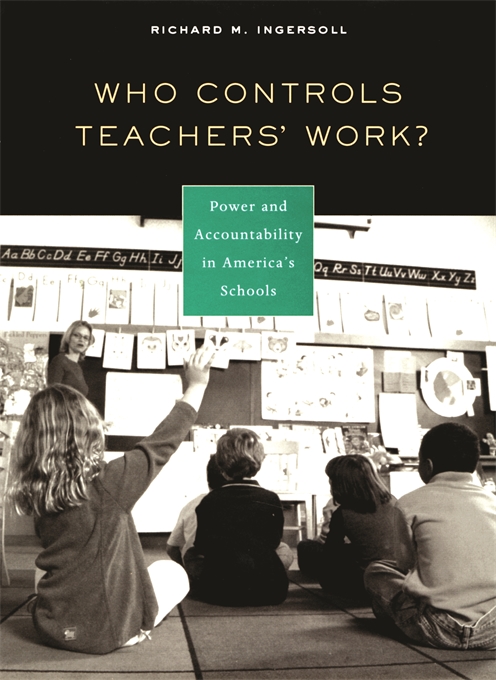 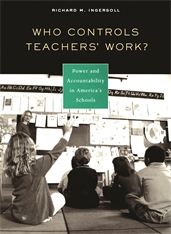 Power and Accountability in America's Schools

“Ingersoll offers a significant contribution in theory, and he manages to answer questions about the distribution of power and control in schools in the United States.”—Pamela Anne Quiroz, Contemporary Sociology

“Ingersoll’s book is both scholarly and eminently readable. As a well-argued plea for a fairer deal for teachers, it is timely… This is an important book which should be read by all those involved in the task of educating the next generation.”—Derek Gillard, Educational Review

“Who Controls Teachers’ Work? is about teachers’ lives in their classrooms and the way that those lives are becoming more circumscribed. Looking at teachers in many different schools, Ingersoll reveals that life in classrooms is not a closed kingdom where teachers have authority over what gets taught and how. Rather, control of a classroom is nested within the decision-making powers of the principal, the school district, and the state, so that ultimately teachers are free largely to perfect their pedagogical technique—a freedom that is itself being limited by new national and local policies. This is a very important contribution to the study of teaching, in the real political world of schools.”—Barbara Schneider, Professor of Sociology, The University of Chicago, and coauthor, with Mihaly Csikszentmihalyi, of Becoming Adult: How Teenagers Prepare for the World of Work