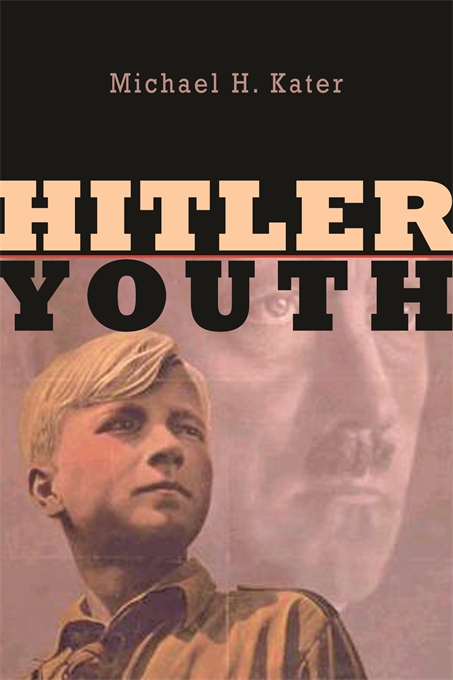 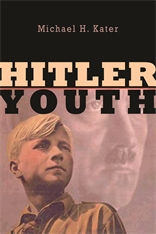 “Kater looks at how the [Hitler Youth organization] undermined traditional morality while claiming to uphold it, and the brave but futile attempt at resistance. He believes that, while the ‘Hitler Youth’ generation cannot completely escape culpability for the Hitler regime, moral guilt cannot be laid on wholesale. Ultimately, it was the political/social system their elders handed them that determined the way they would go.”—Roger K. Miller, The Chicago Sun-Times

“Hitler Youth is as carefully comprehensive as it is morally careful. Kater is an expert compiler of data, beginning with the early 20th century roots of German youth leagues and ending with the hideous details of 12-year-olds being sent to fight on the front lines. He makes clear that the Hitler Youth instigated its share of atrocities, but also that its members were forced to face the gory reality of war, and suffer accordingly, at a terribly young age… Within the greater Nazi nightmare, the Youth are uniquely frightening. The particulars of their frightfulness are well sketched in Kater’s study.”—Jana Prikryl, Salon

“Michael Kater’s Hitler Youth traces the history of the Nazi youth movement, examining the imposition of uniformity and conformity within the Hitler Youth, issues of training and leadership and its emphasis on authoritarianism, war and expansion… Based on a range of sources, this book will be useful for scholars and students of modern German history, but is also likely to appeal to a wider readership of those interested in the history of the Third Reich.”—Lisa Pine, The Times Higher Education Supplement

“[A] riveting history of the Nazis’ use of children… Kater…has written an indispensable study. Hitler Youth focuses on the methods used by the Nazis to indoctrinate young boys and girls—from ten to eighteen years old—to follow authority and sacrifice for Adolf Hitler.”—Jack Fischel, The Weekly Standard

“In modern times, the recruitment of children into a political organization and ideology reached its boldest embodiment in the Hitler Youth, founded in 1933 soon after the Nazi Party assumed power in Germany… Drawing on original reports, letters, diaries, and memoirs, Kater traces the history of the Hitler Youth, examining the means, degree, and impact of conversion, and the subsequent fate of young recruits. Millions of Hitler youth joined the armed forces; thousands participated in the subjugation of foreign peoples and the obliteration of ‘racial aliens.’ Their story stands as a harsh reminder of the moral bankruptcy of regimes that make children complicit in crimes of the state.”—Adolescence

“An essential topic for understanding indoctrination and socialization in the Third Reich, Michael Kater’s timely synthesis is a rich work of scholarship, both in terms of the documents and the historiography. He surveys not only the experience of the Hitler Youth, male and female, but also those who for a variety of reasons resisted or rebelled against the increasingly monolithic organization of German youth; Kater acknowledges that ‘Hitler’s youth’ were not all Hitler Youth, even beyond the date on which membership in Nazi youth organizations became obligatory.”—Thomas J. Saunders, European History Quarterly

“In his overview with the simple title Hitler Youth, written in an appealing style that is both concise and clear, [Kater] looks at the generation which, born between 1916 and 1934, literally grew into the National Socialist state.”—Sybille Steinbacher, German Historical Institute of London Bulletin

“Using letters, diaries and the recollections of former members of Hitler Youth—a paramilitary and ideological group in which membership, for both boys and girls, was eventually mandatory—Kater, a noted historian of the Nazis, concludes in this readable volume that ‘the authoritarian nature of the Nazi regime’ and its ‘merciless’ racial ideology, as well as its sense of community, underlay its appeal to ‘adolescents who were searching for certitudes in a swiftly changing and newly structured world’… The Nazis took the youth movement concept, popular throughout Europe in the early 20th century, and adapted it to fit a racist ideology. He also shows that values of militarism and self-reliance clashed with German family values of nurturing—and that, for the most part, the Hitler Youth won out.”—Publishers Weekly

“Michael Kater’s new book traces the social and institutional history of the Hitler Youth. Yet, in keeping with Kater’s extensive scholarship on the Third Reich, Hitler Youth offers more than a straightforward social history. Kater focuses on the collective experiences of the young people who made up the movement, paying particular attention to the dialectic of emancipation and subjection that characterized the group’s activities… The book’s most gripping sections detail the wartime activities of young people… Through thick description and a wealth of evidence, Kater gives his readers a multifaceted picture of the movement.”—Jennifer L. Jenkins, University of Toronto Quarterly

“This important book is not only an excellent survey of the Nazi attempt to indoctrinate a generation of young Germans and those young men and women who resisted it, but a significant reflection on the problems of converting an indoctrinated generation to the values of democracy.”—Eric Hobsbawm, author of Interesting Times: A Twentieth Century Life

“Through the prism of the Hitler Youth organization, Michael Kater examines a wide variety of important issues confronting teenage boys and girls during the Third Reich. Faced with increasing pressures to adopt a racist ideology and stereotyped gender roles that conditioned them for war and genocide, they swayed between desire to conform and adolescent rebelliousness, which ranged from sexual promiscuity to (much too infrequent) political opposition. Kater’s account, written with clarity and verve, moves freely between analytic generalizations and individual case studies, which cover the spectrum of political, emotional, cultural, and ethical responses to a vicious regime that tried—often successfully—to turn adolescents into its most pliant tools.”—Peter Jelavich, Professor of History, Johns Hopkins University, author of Berlin Cabaret

“An engaging study of the comradeship and feeling of belonging, sense of power and superiority imparted to Germany’s young boys and girls as they became ideologically charged paramilitary men and women ready to serve, to follow orders and to sacrifice for Adolf Hitler. Kater has crafted a masterful history essential to comprehending Germany through the Weimar Republic and the Third Reich. This will be the definitive history of the Hitler Youth.”—Peter Loewenberg, Professor of History, University of California, Los Angeles, and Dean, Southern California Psychoanalytic Institute