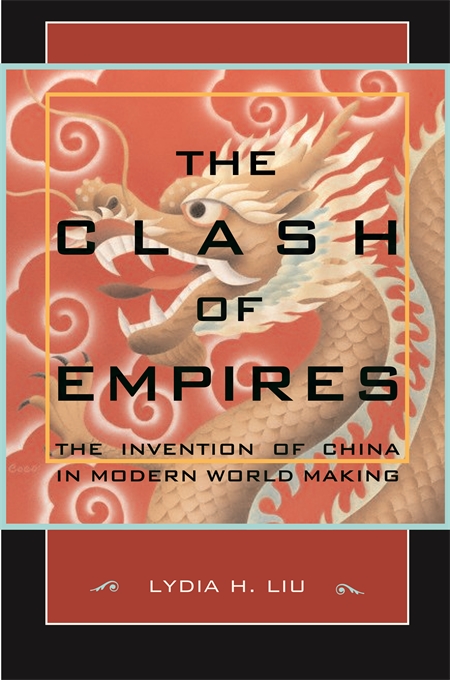 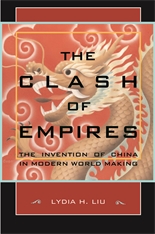 The Clash of Empires

The Invention of China in Modern World Making

“The book meticulously explicates the ways in which traces of imperialism of the nineteenth century still define our international worldview. By putting China’s cultural/linguistic encounter with the British empire at the center of her examination of the colonial legacy, [Liu] also makes a case for the relevance of postcolonial critique to China studies… By unpacking the psychological and moral entanglements and struggles between the imperialists and their victims, The Clash of Empires takes us to rethink the power structure that undergirds the norms of international politics in the postcolonial world… In identifying new issues and exploring new methodology, this book is remarkably ambitious and has pointed contemporary scholarship’s reflection on the topic to a new direction.”—Ya-pei Kuo, Chinese Historical Review

“[An] absorbing and resourceful book… [Liu] presents many points that scholars of the 19th and early 20th centuries will find at once persuasive and still reasonably fresh… The Clash of Empires deserves a place in the library of every scholar of modern China.”—Pamela Kyle Crossley, Far Eastern Economic Review

“The author of this wide-ranging and imaginative work sets out to examine what she calls ‘the semiotic turn of international politics’ in the nineteenth century, as this ‘turn’ was exemplified in Qing China’s interactions with Western imperialism… Liu is especially good at showing not just the contingencies of the notions that had to straddle different languages, but the frightening human fragilities of the translational practices upon which the fate of Sino–Western relations rested. This is a good, and at times brilliant, book… The breadth of the text-based world that Liu conjures up for us is stimulating.”—Alexander Woodside, Pacific Affairs

“Liu offers an innovative analysis of the relationship between language and empire. Drawing on ‘the semiotic turn of international relations,’ she demonstrates how discourses on the meaning of ‘sovereignty’ shaped relations between the British Empire and China throughout the 19th century… The study’s ambitious and rewarding interdisciplinary approach breaks new ground and will be embraced by scholars from a variety of fields.”—D. P. Gorman, Choice

“Lydia Liu’s The Clash of Empires explores the powerful impact of ‘sovereign thinking’ or the ‘desire of the sovereign’ in colonial, semicolonial, and postcolonial situations, focusing on late 19th century China. Her point of departure is Benedict Anderson’s Imagined Communities. Appreciative of his move to theorize the formation of nationalism in Creole contexts, she points out nonetheless that Anderson does not inquire into why nations that dream to be free dream in terms of the right to state sovereignty. Rather than take this urge as self-evident and not in need of explanation, she turns to the period of Chinese history she knows best to explore the situations in which sovereign thinking gets expressed. The author has an intriguing voice, taking the reader across many analytical landscapes and through wonderfully telling examples of sovereign thinking to show its overwhelming power on nations becoming states.”—Timothy Brook, author of The Confusions of Pleasure

“An original and brilliant contribution to history, linguistics, international relations, law and post-colonial studies, this book changes our world by changing the way we look at ourselves. It is destined to become a classic.”—Dorothy Ko, author of Cinderella’s Sisters: A Revisionist History of Footbinding

“Extending the investigations begun in her Translingual Practice, Lydia Liu here scrutinizes the linguistic and semiotic perturbations that accompanied the rise of one empire and the tottering of another. Words here function as gifts, as missiles and as mirrors—and sometimes as all three at once. In law, grammar, religion, diplomacy, media, and other domains, Lydia Liu uncovers the mutual implication of Asian modernity and a colonial ideal of sovereignty, the better to enable us to imagine a future that might be different.”—Haun Saussy, author of Great Walls of Discourse and Other Adventures in Cultural China