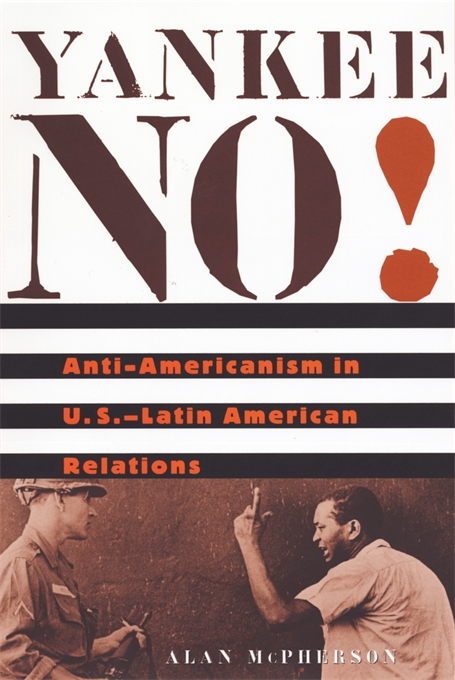 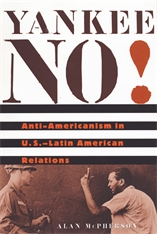 “McPherson examines the years from 1958 to 1966, when anti-Americanism was a prominent theme in inter-American diplomacy, to deliver a helpful reminder that anti-Americanism is not a new phenomenon nor a product only of the Middle East—and that it has been confronted quite effectively in the past, at least when its sources were sought out and taken seriously. He provides several vivid case studies, starting with the attacks on Vice President Richard Nixon in Caracas and continuing on to Cuba, Panama, and the Dominican Republic. Together, these examples show the variability and ambivalence of anti-Americanism; they also emphasize the importance of U.S. policies that respond to its challenges rather than dismissing it as a cynical invention of alienated elites… This well-written and balanced book should be required reading in the White House, in Langley, and around Foggy Bottom.”—Foreign Affairs

“This is a book that should be read by everyone interested in foreign relations, not merely historians specializing in the field but others in the academy and general public. Latin America has always been the testing ground for the development of U.S. foreign policies, and McPherson admirably takes these case studies and demonstrates the nature of anti-Americanism, one that bears a striking resemblance to the current global phenomenon.”—Kyle Longley, American Historical Review

“[Yankee No!] makes a singular contribution to our understanding of a generally neglected aspect of inter-American relations. It represents a bold attempt to add a cultural dimension to diplomatic history. The current upsurge in anti-Americanism across the globe in the wake of the Iraq war makes its appearance most timely.”—Philip Chrimes, International Affairs

“Exquisitely timed… McPherson’s scrupulous historical account and subtle treatment of inter-American relations illuminates the dilemmas and complexities posed by the multiple variants of anti-Americanism. His superb study can help interpret contemporary political realities and the strains and challenges of managing global affairs in a decidedly unipolar world… McPherson treats ‘anti-Americanism’ precisely as it deserves to be treated—seriously, carefully, and with great sophistication.”—Michael Shifter, Georgetown Journal of International Affairs

“The urgency of Alan McPherson’s excellent book increases daily during these tumultuous and sanguinary times. The United States would do well to heed his conclusion, that ‘arrogance in the face of aggression eventually produce[s] more aggression’… Yankee No! is a timely call to form a new genre of scholarly inquiry into the global phenomenon of anti-Americanism, which has not been treated widely heretofore.”—Eric Roorda, Hispanic American Historical Review

“[McPherson’s] understanding of Latin American anti-Americanism and the U.S. response is more complex and has more analytical depth than any previous study. The book is extremely well researched in both U.S. archival and Spanish-language sources, and combines a rich discussion of U.S. foreign policy through three presidential administrations, with a sophisticated attention to larger domestic historical processes in both the United States and Latin America.”—David Sheinin, International History Review

“Alan McPherson’s monograph on the role of anti-Americanism in inter-American relations is a timely one. As the author correctly observes, the events and aftermath of September 11 added new urgency to the task of unraveling and understanding the roots of anti-Americanism throughout the world… Yankee No! exhibits both solid research and strong writing… As far as McPherson’s writing is concerned, his prose is at once concise and engaging. The author has a good eye for the compelling quote, and the title of the first chapter, ‘The Road to Caracas: Or, Richard Nixon Must Get Stoned,’ combines humor and compelling historical analysis. Although the book is somewhat brief (170 pages of text), McPherson makes persuasive arguments and explains complex events and issues without resorting to jargon. In short, the book is both intellectually provocative and a good read… For both scholars and interested laypeople, it should be considered essential reading.”—Matthew Loayza, H-Net

“Alan McPherson’s study in contemporary international history is a timely one. Yankee No! combines cultural and political analysis of the decade or so between the mid-1950s and mid-1960s to uncover ‘the broader meanings and workings of anti-Americanism’ during a period when it was particularly prominent… Written in an admirably detailed and clear style, Yankee No! should answer the needs both of general readers interested in the modern politics of the Americas and American foreign policy, and of scholars and students of these disciplines.”—British Bulletin of Publications

“Alan McPherson has not only made a valuable contribution to the literature on U.S.–Latin American relations but, more importantly, he has provided a superb analysis of anti-Americanism by identifying its variability, its ambivalence, and the U.S. resilience in confronting the challenge during the critical years framed in this book. In his sophistication and in his writing he demonstrates all the attributes of a seasoned historian.”—Lester D. Langley, author of The Americas in the Modern Age

“This timely, deeply researched, analytically rigorous, and handsomely written study probes the many anti-Americanisms that have bedeviled U.S. relations with Latin America. ‘Why do they hate us?’ is an urgent question today. McPherson impressively demonstrates that it has profound historical roots that can inform caring policymakers eager to prevent global violence.”—Thomas G. Paterson, author of Contesting Castro

“McPherson expertly extends the field of U.S. foreign relations into social and cultural history. In his analysis of U.S. relations with Cuba, the Dominican Republic, and Panama, he deftly avoids the trap of writing international history solely with the ‘view from Washington’ perspective. I unequivocally recommend it.”—Stephen Rabe, author of Eisenhower and Latin America

“McPherson opens a revealing window on the heretofore elusive phenomenon of anti-Americanism. In so doing he takes his place in the front ranks of younger scholars writing about U.S. foreign relations.”—William Walker, Florida International University