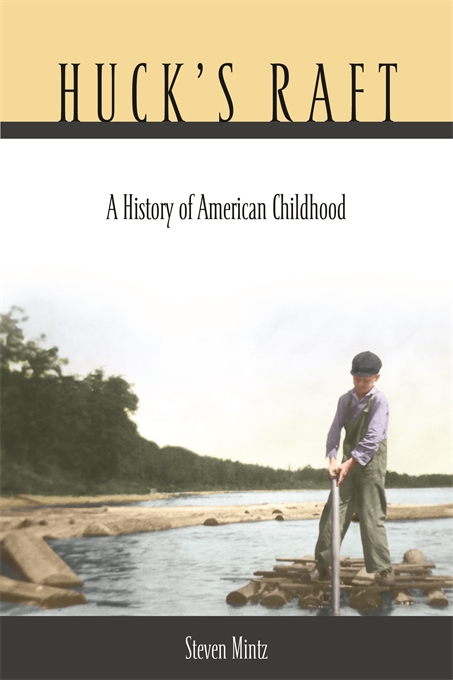 A History of American Childhood

“The children of the past did possess something lost to their descendants of today: freedom. Once kids were allowed to ride their bikes all over town or idle away the summer in daydreams; they could fail a course or even a grade, and no one got overly excited about it; they might even make serious mistakes and find themselves pregnant or working on the line at Ford rather than studying lines of poetry at college. But now, in our test-driven, increasingly regimented educational system, we forthrightly aim to leave no child behind, which means that we leave no child alone. Slow learners must be sped up, dreamy kids must be made to focus, all must wear uniforms, and, eventually, all must have prizes—or at least AP courses. In the past, parents might exploit their kids as little more than indentured servants or simply ignore them. Today we are their chauffeurs and social secretaries… This is, then, a rich and stimulating book, revealing how much childhood has changed over the centuries and how much some things never change… I suppose that every generation of adults tends to feel, when regarding the young people around them, that the barbarians are at the gates. But really, there’s nothing for us to worry about: One day our children will have children of their own.”—Michael Dirda, The Washington Post

“[An] often fascinating and massively documented exploration of four centuries of American childhood… Huck’s Raft is a work of scholarly integrity and humanist zeal.”—Joyce Carol Oates, The Times Literary Supplement

“[Mintz] proposes to set the record straight in his sweeping study of American childhood that effectively synthesizes a large body of scholarship on its subject. The result is an engaging, sober and often poignant account of how adults have viewed and treated children and, equally important, how children’s own experiences and life chances have been heavily influenced by economics, race and ethnicity… The compelling history of childhood he offers us is a valuable reminder that nostalgia for a golden age that never existed is not just misleading, but counterproductive.”—Eric Arnesen, The Chicago Tribune

“Steven Mintz’s Huck’s Raft: A History of American Childhood offers an impressive and unprecedented synthesis of the relevant scholarly literature… [It] demonstrate[s] that childhood has never been a stable, innocent, or transcendent experience… Reflecting the prevailing literature, the book is a rainbow coalition of inclusion that arches over the panorama of American history. Anyone tempted to criticize the book as a ‘clip job’ misses the underlying importance of Mintz’s signal accomplishment… To any parent trying to figure out what [kind of kid] he’s got, the mundane manifestations of an innocent childhood are the clues to life. Mintz’s book makes some sense out of this mystery.”—James E. McWilliams, The Texas Observer

“Steven Mintz’ brilliant, wide-ranging, but remarkably concise study shows how complex an invention childhood has been in this country… The book is so good on the first 300 years or so of the story that it is somewhat surprising that Mintz is even more provocative on the last 50 years or so, especially on the most recent decade. It seems that no other account of Columbine or ‘No Child Left Behind’ has been as thoughtful or persuasive… This is history at its most instructive and engaging.”—William T. Hamilton, Bloomsbury Review

“With the vast number of political and cultural decisions made in America under the guise of ’thinking of the children,’ a book like Steven Mintz’s brilliant Huck’s Raft, which actually does offer plenty of thinking about children, is long overdue. Mintz is aiming to write nothing less than a complete history of childhood in America, tracing kids’ lives from the Puritan era to today and examining the roles they’ve played as workers, soldiers, pioneers, inspirations, burdens, consumers and citizens.”—Matt Konrad, Ruminator

“Were this simply a book of trivia about the years of childhood, it would be fascinating reading… However, this work is much more than a collection of curiosities. It is an ambitious attempt to retell the story of America with children as the focus of attention… This work of historical synthesis is likely to become a classic that future historians will be hard-pressed to surpass.”—Robert Holland, The Richmond Times-Dispatch

“[A] provocative, anecdote-packed analysis of American parents and their progeny. From Puritans to postmoderns, we have shaped our kids to match shifting cultural mores and social desires.”—Char Miller, The San Antonio Express-News

“[A] richly detailed study of how childhood in the U.S. has changed over time… Mintz uses history to debunk several myths—that childhood once was care-free, families were stable, and American childhood is the story of either steady progress or decline.”—Steven G. Kellman, USA Today Magazine

“Mintz revisits the treatment of children from the Puritan era up to the edge of the millennium, which he calls ’The Unfinished Century of the Child,’ showing that we have alternately vilified our offspring (the Puritans believed they were born in sin) and glorified them (Victorian parents saw them as pure and angelic)… Mintz’s thorough yet accessibly written study delves into the external forces that have shaped the lives of our young while also probing the internal developments in their collective consciousness.”—Janet Sassi, Library Journal

“No aspect of American life is as shrouded in idealizing myth as childhood. In this compelling work of historical synthesis, Mintz argues forcefully…that for most of the past three centuries childhood has been the exception rather than the norm… That childhood has mostly been less than ideal is not surprising. What may be, for many readers, is Mintz’s portrait of just how far from the ideal this country has been—and perhaps continues to be—in meeting the health needs, education and welfare of all its children.”—Publishers Weekly

“At last, a synthesis of the scattered research on the history of youth. Meticulously researched and engagingly written, Mintz’s book is sure to become a classic.”—Stephanie Coontz, author of The Way We Never Were: American Families and the Nostalgia Trap

“Huck’s Raft is a rich and fascinating study of the realities of children’s lives—and adults’ ideas about children and our responsibilities towards them—throughout our nation’s history.”—Marian Wright Edelman, President, Children’s Defense Fund

“Steven Mintz’s remarkable and comprehensive book provides the first important synthesis of childhood in American history. Learned and rich in detail, it will become indispensable for all those who want to know more about children’s experiences over the past 400 years.”—Paula Fass, author of Kidnapped: Child Abduction in America

“Huck’s Raft is a breath of fresh air. This engaging and compelling account of the history of childhood in America is a tonic by a first-rate historian that is both scholarly and beautifully written. A must read for all those concerned with our youth today and in times past.”—Frank F. Furstenberg, author of Managing to Make It: Urban Families and Adolescent Success

“Steven Mintz’s Huck’s Raft is the most comprehensive, culturally sensitive history of American childhood ever written. It illuminates in fascinating detail the variegated experience of the nation’s children, but it is equally successful in revealing the mentalities of the adults who have shaped childhood over time. This book is sure to become the standard in the field.”—John R. Gillis, author of A World of Their Own Making: Myth, Ritual, and the Quest for Family Values

“Huck’s Raft is simply the best overview of the history of childhood in the US. Through masterful scholarship and lively writing, it persuasively exposes some widespread myths about family history, while telling fascinating stories about children’s lives past and present. Mintz’s work shows that historical understanding can guide our responses to the problems of children today.”—Linda Gordon, author of The Great Arizona Orphan Abduction