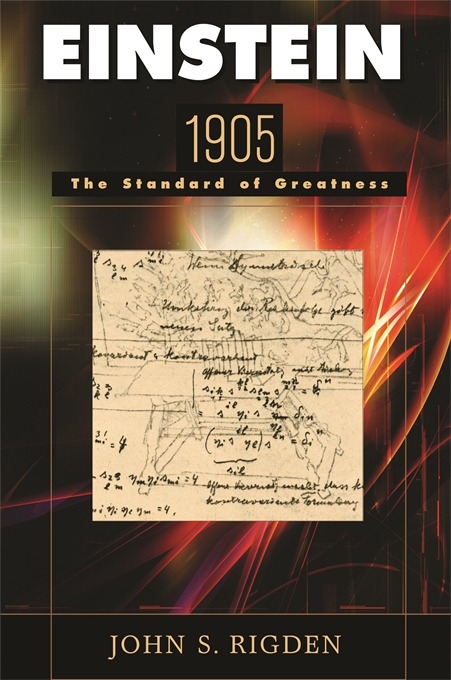 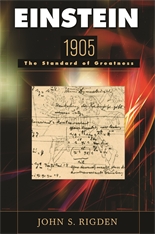 The Standard of Greatness

For Albert Einstein, 1905 was a remarkable year. It was also a miraculous year for the history and future of science. In six short months, from March through September of that year, Einstein published five papers that would transform our understanding of nature. This unparalleled period is the subject of John Rigden’s book, which deftly explains what distinguishes 1905 from all other years in the annals of science, and elevates Einstein above all other scientists of the twentieth century.

Rigden chronicles the momentous theories that Einstein put forth beginning in March 1905: his particle theory of light, rejected for decades but now a staple of physics; his overlooked dissertation on molecular dimensions; his theory of Brownian motion; his theory of special relativity; and the work in which his famous equation, E = mc2, first appeared. Through his lucid exposition of these ideas, the context in which they were presented, and the impact they had—and still have—on society, Rigden makes the circumstances of Einstein’s greatness thoroughly and captivatingly clear. To help readers understand how these ideas continued to develop, he briefly describes Einstein’s post-1905 contributions, including the general theory of relativity.

One hundred years after Einstein’s prodigious accomplishment, this book invites us to learn about ideas that have influenced our lives in almost inconceivable ways, and to appreciate their author’s status as the standard of greatness in twentieth-century science.