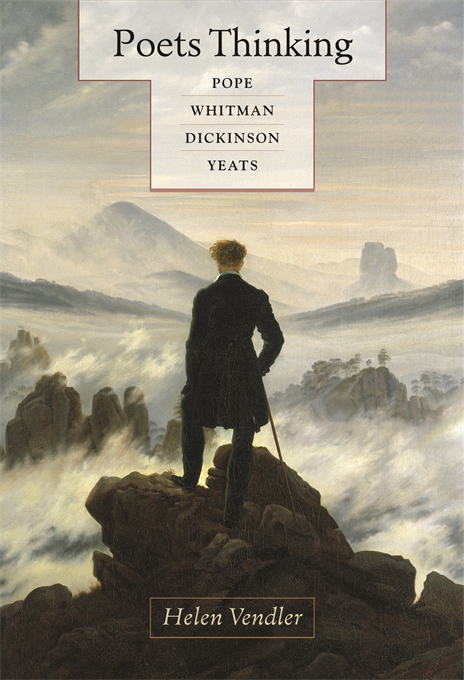 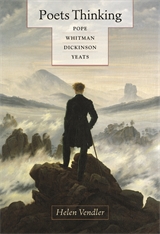 Poetry has often been considered an irrational genre, more expressive than logical, more meditative than given to coherent argument. And yet, in each of the four very different poets she considers here, Helen Vendler reveals a style of thinking in operation; although they may prefer different means, she argues, all poets of any value are thinkers.

The four poets taken up in this volume—Alexander Pope, Walt Whitman, Emily Dickinson, and William Butler Yeats—come from three centuries and three nations, and their styles of thinking are characteristically idiosyncratic. Vendler shows us Pope performing as a satiric miniaturizer, remaking in verse the form of the essay, Whitman writing as a poet of repetitive insistence for whom thinking must be followed by rethinking, Dickinson experimenting with plot to characterize life’s unfolding, and Yeats thinking in images, using montage in lieu of argument.

With customary lucidity and spirit, Vendler traces through these poets’ lines to find evidence of thought in lyric, the silent stylistic measures representing changes of mind, the condensed power of poetic thinking. Her work argues against the reduction of poetry to its (frequently well-worn) themes and demonstrates, instead, that there is always in admirable poetry a strenuous process of thinking, evident in an evolving style—however ancient the theme—that is powerful and original.