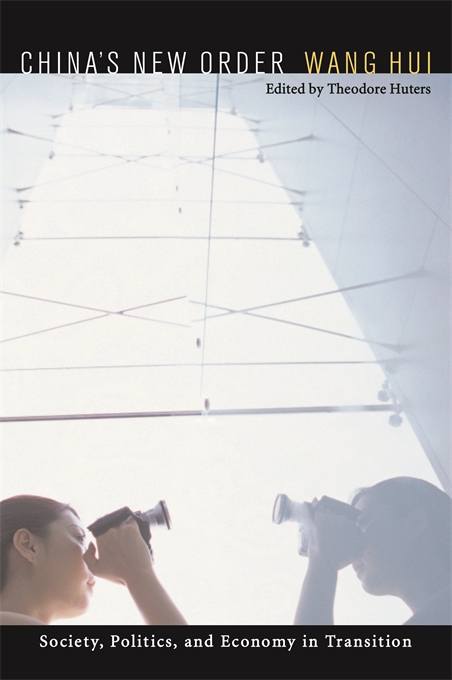 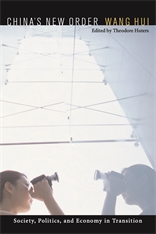 “Unlike most other contemporary critics of China’s reforms, Mr. Wang does not limit himself to economics. He dissects the big picture, calling on reformers to include culture, values and democratic governance in their assessments of success and failure. Such a critique is long overdue… Mr. Wang has become one of the first indigenous voices to critique China’s ‘economic miracle’ fully and publicly and to find it a deficient remedy for the failures of socialism.”—Orville Schell, New York Times

“The essential arguments are comprehensible and stimulating for Chinese intellectuals as well as for those Westerners who insist that post-Mao China is roaring down the right track, that money pushes aside the old political stupidities, and economic progress leads eventually to democracy. These are the assumptions Wang seeks to rebut and his rebuttal will be uncomfortable reading for those who see capitalism as a moral driving force as well as an enriching one.”—Jonathan Mirsky, Far Eastern Economic Review

“This book offers a powerful analysis of China and the transformations it has experienced since 1989. Wang Hui offers an insiders knowledge of economics, politics, civilisation, and Western critical theory. A participant in the Tianamen Square movement, he is also the editor of the most important intellectual journal in contemporary China. Wang Hui argues that the features of China today are elements of the new global order as a whole in which considerations of economic growth and development have trumped every other concern, particularly those of democracy and social justice. The plea at the heart of the book is for economic and social justice and an indictment of the corruption caused by the explosion of ‘market forces.’”—Asian Art Newspaper

“Wang’s problem comes when Westerners and Chinese alike misread reform as apologia for the past. Socialism may be lost, he reminds us, but its reason for being will remain unless China and the rest of the world can protect against the laissez-faire injustices inherent to global capital.”—Hua Hsu, Village Voice

“This is the most radical, tough-minded, and sustained analysis of 1989 and all that has followed that I have read. The punchy prose style gives the book an urgent, even strident, edge that makes it a pleasure to read. You feel yourself in the presence of a strong mind, as well as someone who cares deeply about the issues at stake here—issues of social inequality, social injustice, and a hegemonic world order committed to perpetuating both.”—Timothy Brook, University of Toronto

“The contents of this book are intelligent and significant. Brought together they will make available to English readers a substantial selection of one of China’s most influential public scholars today. Wang Hui is very important in contemporary Chinese intellectual life both for his numerous (and controversial) writings but also for his role as an editor of Dushu [‘Reading’], China’s most popular general intellectual journal.”—Tim Cheek, University of British Columbia

“Wang Hui, one of China’s preeminent intellectuals, makes an impassioned critique of China’s much heralded post-Mao economic reforms, which he condemns for causing economic inequalities, social polarization, and political corruption. The essays in China’s New Order convey the sense of moral concern and historic perspective of Wang Hui’s literati ancestors, at the same time that they reveal the variety and complexity of China’s present-day intellectual and political debates.”—Merle Goldman, Boston University

“This is an incisive, brilliant, always challenging analysis of China’s intellectual landscape in the 1990s with the asserted triumph of ‘neo-liberalism’ in the political economy over the reformist social movement of the late 1980s that culminated in Tiananmen. The discussion of the 1989 movement (and indeed later developments in economics and politics) in a global context is compelling and, at this level of analysis, unique among studies on the events of that difficult year. The analysis of debates of the ’90s shows (at least to my mind) how problematic has been any effort to re-think, from the bottom up, the intellectual foundations of the modern Chinese state and indeed of ‘modernity’ itself in China.”—William C. Kirby, Harvard University