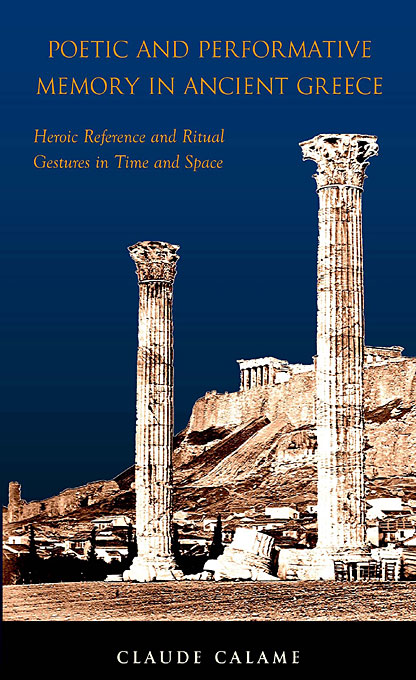 Heroic Reference and Ritual Gestures in Time and Space

Philosophers have often reflected on the Ancient Greeks’ concepts of time, but an anthropological approach is necessary to understand their practical concept of time as tied to space. The Greeks not only spoke of time unfolding in a specific space, but also projected the past upon the future in order to make it active in the social practice of the present. Hesiod’s history of humanity was intended to establish justice in the modern city; Bacchylides sang the celebration of the Athenian hero Theseus in a present-day cultic and ideological framework; the city of Cyrene used the heroic act of its founding to reaffirm its civic identity; and the Greeks embossed poetic texts on leaves of gold to ensure the ritual passage of the dead to a blessed afterlife. Explicating these examples, Poetic and Performative Memory in Ancient Greece shows how the Ancient Greeks’ collective memory was based on a remarkable faculty for the creation of ritual and narrative symbols.