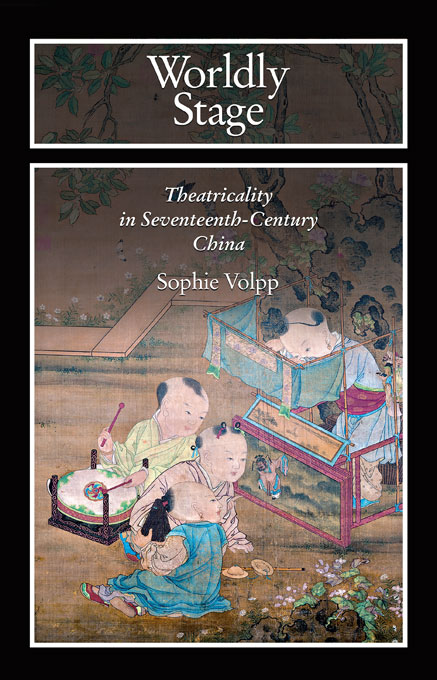 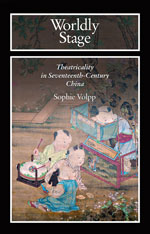 In seventeenth-century China, as formerly disparate social spheres grew closer, the theater began to occupy an important ideological niche among traditional cultural elites, and notions of performance and spectatorship came to animate diverse aspects of literati cultural production. In this study of late-imperial Chinese theater, Sophie Volpp offers fresh readings of major texts such as Tang Xianzu’s Peony Pavilion (Mudan ting) and Kong Shangren’s Peach Blossom Fan (Taohua shan), and unveils lesser-known materials such as Wang Jide’s play The Male Queen (Nan wanghou). In doing so, Volpp sheds new light on the capacity of seventeenth-century drama to comment on the cultural politics of the age.

Worldly Stage arrives at a conception of theatricality particular to the classical Chinese theater and informed by historical stage practices. The transience of worldly phenomena and the vanity of reputation had long informed the Chinese conception of theatricality. But in the seventeenth century, these notions acquired a new verbalization, as theatrical models of spectatorship were now applied to the contemporary urban social spectacle in which the theater itself was deeply implicated.