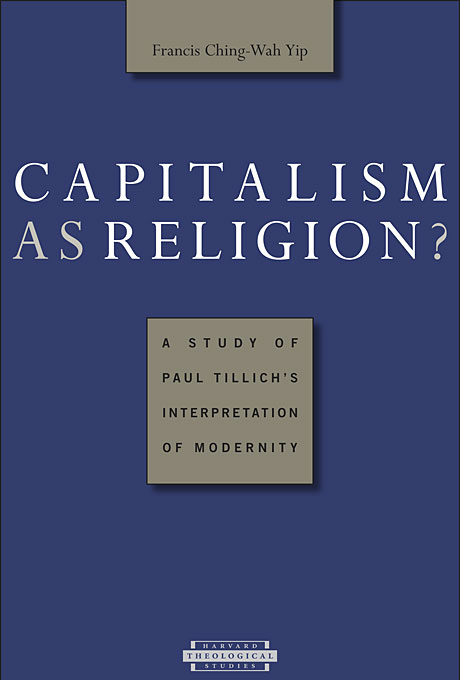 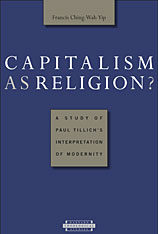 Capitalism as Religion? A Study of Paul Tillich's Interpretation of Modernity

The relationship between religion and modern culture remains a controversial issue within Christian theology. This book focuses on Paul Tillich’s interpretation of modern culture and the influence of capitalism, highlighting the context of his work in relation to Karl Marx and the Critical Theory of the Frankfurt School. When Tillich moved to the United States he sharpened his focus on the cultural dimensions of capitalism. Using the concept of “cultural modernity,” Francis Ching-Wah Yip reconstructs Tillich’s interpretation of modernity with the key categories of autonomy, self-sufficient finitude, technical reason, objectification, and dehumanization, and shows that Tillich’s notion of theonomy served to underscore the problems of modernity and to develop a response.

The final section of the book relates Tillich’s theology to contemporary theological interpretations of global capitalism and modernity. Yip appeals to the work of Jürgen Moltmann to argue that one should go beyond Tillich’s analysis by placing much more emphasis on the material–economic basis of culture and by moving away from the Eurocentric viewpoint to a more global perspective. Finally, he draws on Émile Durkheim to show the quasi-religious dimension of capitalism as a global civil religion and as the culture of modern society.