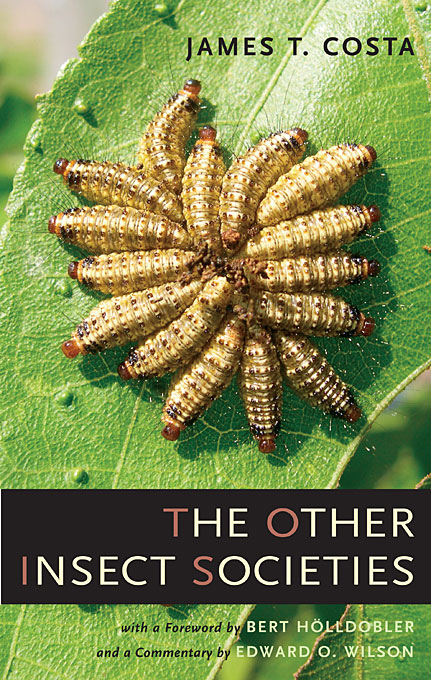 The Other Insect Societies

Asked to name an insect society, most of us—whether casual or professional students of nature—quickly point to one of the so-called eusocial marvels: the ant colony, the beehive, the termite mound, the wasp nest. Each is awe-inspiring in its division of labor—collective defense, foraging, and nest-building. Yet E. O. Wilson cautioned back in 1971 that sociality should be defined more broadly, “in order to prevent the arbitrary exclusion of many interesting phenomena.” Thirty-five years later, James T. Costa gives those interesting phenomena their due. He argues that, in trying to solve the puzzle of how highly eusocial behaviors evolved in a few insect orders, evolutionary biologists have neglected the more diverse social arrangements in the remaining twenty-eight orders—insect societies that don’t fit the eusocial schema. Costa synthesizes here for the first time the scattered literature about social phenomena across the arthropod phylum: beetles and bugs, caterpillars and cockroaches, mantids and membracids, sawflies and spiders. This wide-ranging tour takes a rich narrative approach that interweaves theory and data analysis with the behavior and ecology of these remarkable groups. This comprehensive treatment is likely to inspire a new generation of naturalists to take a closer look.