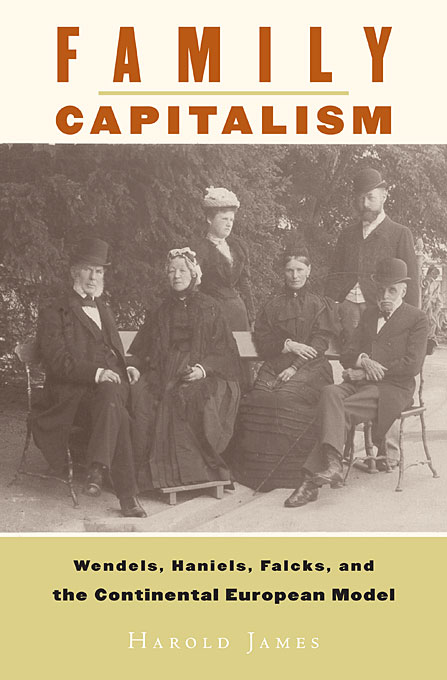 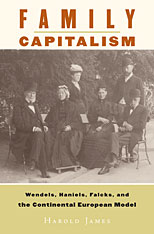 This history of three powerful family firms located in different European countries takes place over a period of more than two hundred years. The interplay and the changing social and legal arrangements of the families shaped the development of a European capitalism quite different from the Anglo-American variety.

Qualifying claims by Alfred Chandler and David Landes that family firms tend to be dysfunctional, Harold James shows how and why these steel and engineering firms were successful over long periods of time. Indeed, he sees the family enterprise as particularly conducive to managing risk during periods of upheaval and uncertainty when both states and markets are disturbed. He also identifies the key roles played by women executives during such times.

In Family Capitalism, James tells how “iron masters” of a classical industrial cast were succeeded by new generations who wanted to shift to information-age systems technologies, and how families and firms wrestled with social and economic changes that occasionally tore them apart. Finally, the author shows how the trajectories of the firms were influenced by political, military, economic, and social events and how these firms illuminate a European model of “relationship capitalism.”