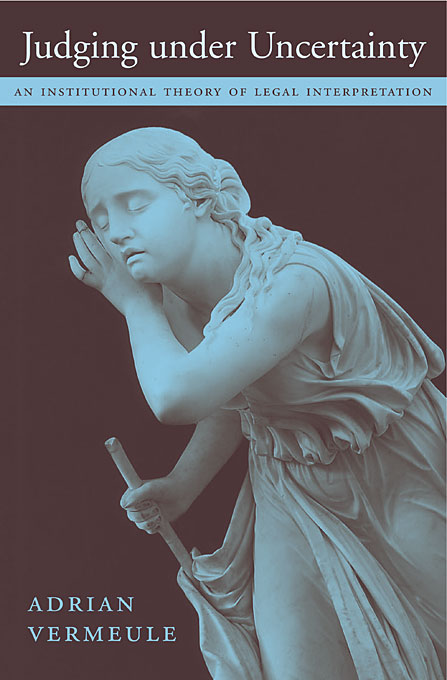 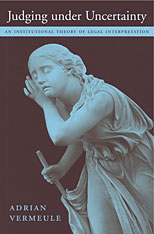 An Institutional Theory of Legal Interpretation

How should judges, in America and elsewhere, interpret statutes and the Constitution? Previous work on these fundamental questions has typically started from abstract views about the nature of democracy or constitutionalism, or the nature of legal language, or the essence of the rule of law. From these conceptual premises, theorists typically deduce an ambitious role for judges, particularly in striking down statutes on constitutional grounds. In this book, Adrian Vermeule breaks new ground by rejecting both the conceptual approach and the judge-centered conclusions of older theorists.

Vermeule shows that any approach to legal interpretation rests on institutional and empirical premises about the capacities of judges and the systemic effects of their rulings. Drawing upon a range of social science tools from political science, economics, decision theory, and other disciplines, he argues that legal interpretation is above all an exercise in decisionmaking under severe empirical uncertainty. In view of their limited information and competence, judges should adopt a restrictive, unambitious set of tools for interpreting statutory and constitutional provisions, deferring to administrative agencies where statutes are unclear and deferring to legislatures where constitutional language is unclear or states general aspirations.