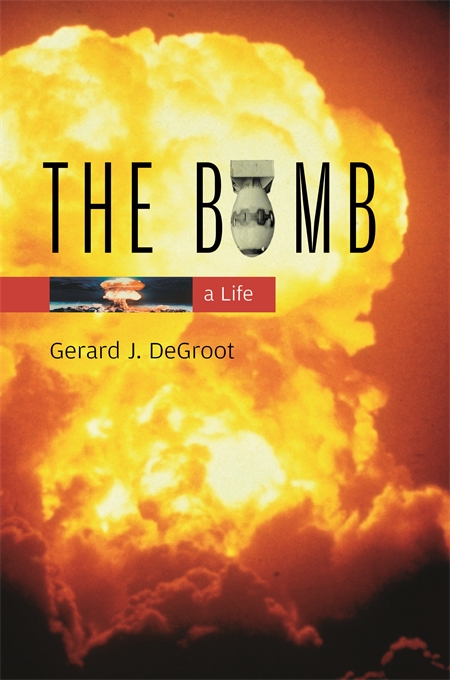 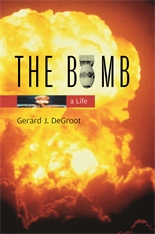 Bombs are as old as hatred itself. But it was the twentieth century—one hundred years of incredible scientific progress and terrible war—that brought forth the Big One, the Bomb, humanity’s most powerful and destructive invention. In The Bomb: A Life, Gerard DeGroot tells the story of this once unimaginable weapon that—at least since 8:16 a.m. on August 6, 1945—has haunted our dreams and threatened our existence.

The Bomb has killed hundreds of thousands outright, condemned many more to lingering deaths, and made vast tracts of land unfit for life. For decades it dominated the psyches of millions, becoming a touchstone of popular culture, celebrated or decried in mass political movements, films, songs, and books. DeGroot traces the life of the Bomb from its birth in turn-of-the-century physics labs of Europe to a childhood in the New Mexico desert of the 1940s, from adolescence and early adulthood in Nagasaki and Bikini, Australia and Kazakhstan to maturity in test sites and missile silos around the globe. His book portrays the Bomb’s short but significant existence in all its scope, providing us with a portrait of the times and the people—from Oppenheimer to Sakharov, Stalin to Reagan—whose legacy still shapes our world.