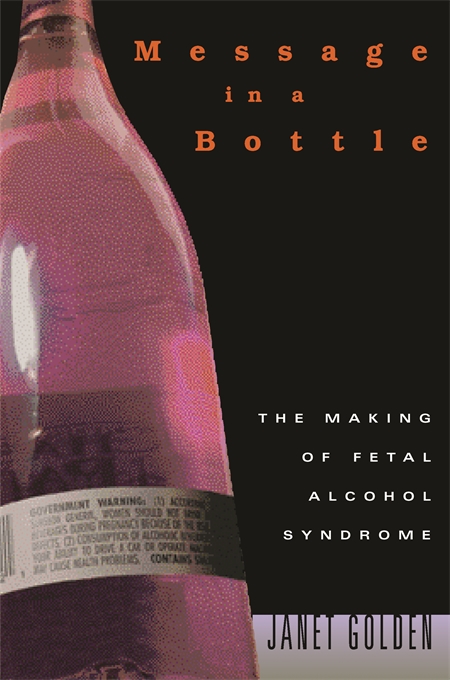 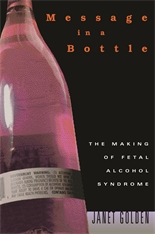 Message in a Bottle

The Making of Fetal Alcohol Syndrome

A generation has passed since a physician first noticed that women who drank heavily while pregnant gave birth to underweight infants with disturbing tell-tale characteristics. Women whose own mothers enjoyed martinis while pregnant now lost sleep over a bowl of rum raisin ice cream. In Message in a Bottle, Janet Golden charts the course of Fetal Alcohol Syndrome (FAS) through the courts, media, medical establishment, and public imagination.

Long considered harmless during pregnancy (doctors even administered it intravenously during labor), alcohol, when consumed by pregnant women, increasingly appeared to be a potent teratogen and a pressing public health concern. Some clinicians recommended that women simply moderate alcohol consumption; others, however, claimed that there was no demonstrably safe level for a developing fetus, and called for complete abstinence. Even as the diagnosis gained acceptance and labels appeared on alcoholic beverages warning pregnant women of the danger, FAS began to be de-medicalized in some settings. More and more, FAS emerged in court cases as a viable defense for people charged with serious, even capital, crimes and their claims were rejected.

Golden argues that the reaction to FAS was shaped by the struggle over women’s relatively new abortion rights and the escalating media frenzy over “crack” babies. It was increasingly used as evidence of the moral decay found within marginalized communities—from inner-city neighborhoods to Indian reservations. With each reframing, FAS became a currency traded by politicians and political commentators, lawyers, public health professionals, and advocates for underrepresented minorities, each pursuing separate aims.