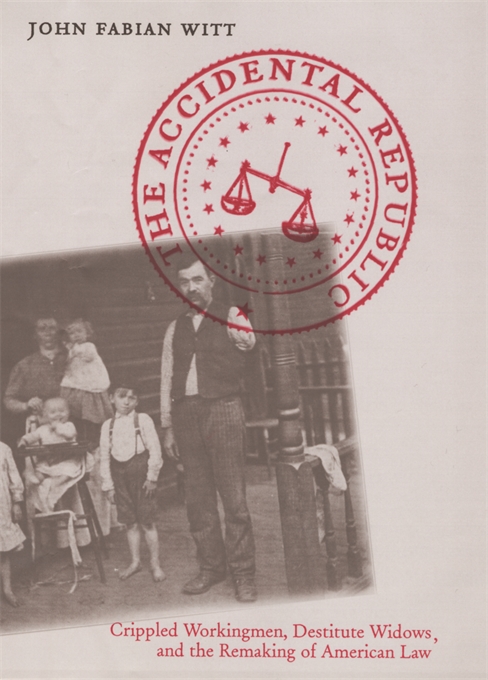 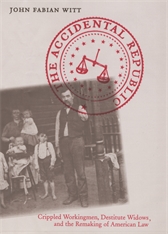 Crippled Workingmen, Destitute Widows, and the Remaking of American Law

John Fabian Witt argues that experiments in accident law at the turn of the twentieth century arose out of competing views of the loose network of ideas and institutions that historians call the ideology of free labor. These experiments a century ago shaped twentieth- and twenty-first-century American accident law; they laid the foundations of the American administrative state; and they occasioned a still hotly contested legal transformation from the principles of free labor to the categories of insurance and risk. In this eclectic moment at the beginnings of the modern state, Witt describes American accident law as a contingent set of institutions that might plausibly have developed along a number of historical paths. In turn, he suggests, the making of American accident law is the story of the equally contingent remaking of our accidental republic.