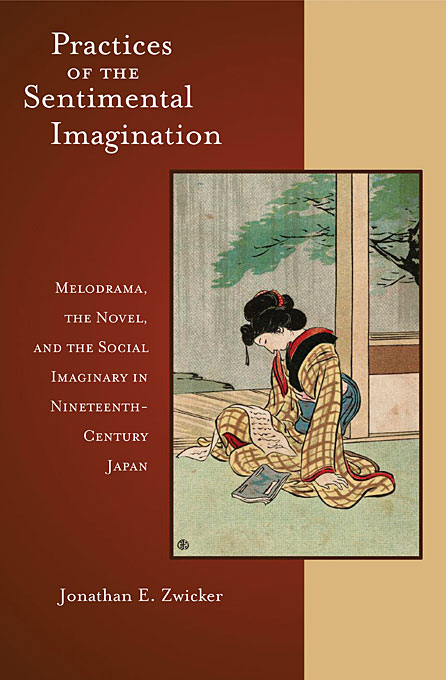 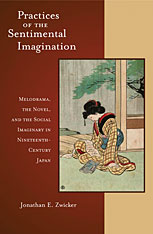 Practices of the Sentimental Imagination

Melodrama, the Novel, and the Social Imaginary in Nineteenth-Century Japan

The history of the book in nineteenth-century Japan follows an uneven course that resists the simple chronology often used to mark the divide between premodern and modern literary history.

By examining the obscured histories of publication, circulation, and reception of widely consumed literary works from late Edo to the early Meiji period, Jonathan Zwicker traces a genealogy of the literary field across a long nineteenth century: one that stresses continuities between the generic conventions of early modern fiction and the modern novel. In the literature of sentiment Zwicker locates a tear-streaked lens through which to view literary practices and readerly expectations that evolved across the century.

Practices of the Sentimental Imagination emphasizes both qualitative and quantitative aspects of literary production and consumption, balancing close readings of canonical and noncanonical texts, sophisticated applications of critical theory, and careful archival research into the holdings of nineteenth-century lending libraries and private collections. By exploring the relationships between and among Japanese literary works and texts from late imperial China, Europe, and America, Zwicker also situates the Japanese novel within a larger literary history of the novel across the global nineteenth century.