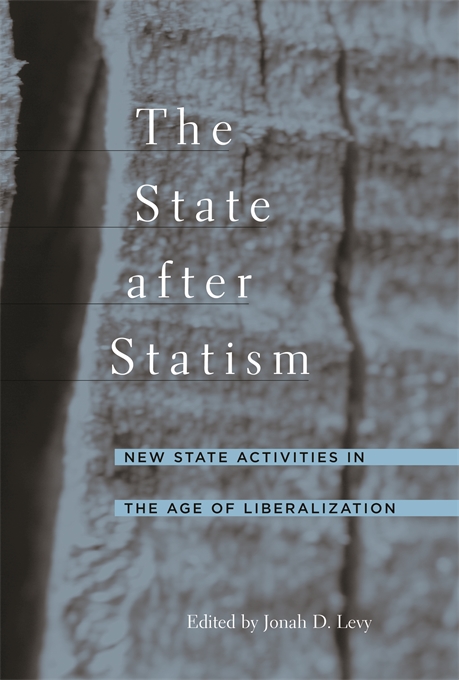 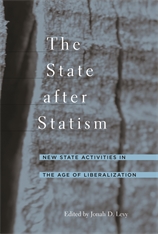 The State after Statism

New State Activities in the Age of Liberalization

This book assesses the changing nature of state intervention in the economies of the affluent democracies. Against a widespread understanding that contemporary developments, such as globalization and new technologies, are pressing for a rollback of state regulation in the economy, the book shows that these same forces are also creating new demands and opportunities for state intervention. Thus, state activism has shifted, rather than simply eroded.

State authorities have shifted from a market-steering orientation to a market-supporting one. Chief among the new state missions are: repairing the main varieties of capitalism (liberal, corporatist, and statist); making labor markets and systems of social protection more employment-friendly; recasting regulatory frameworks to permit countries to cross major economic and technological divides; and expanding market competition at home and abroad.

Because the changes from market steering to market support are so controversial and far-reaching, state officials often find themselves making choices that produce clear winners and losers. Such choices require a capacity to act unilaterally and decisively, even in the face of substantial societal opposition. As a result, state activism, autonomy, and occasionally imposition remain essential for meeting the challenges of today’s globalizing economy.