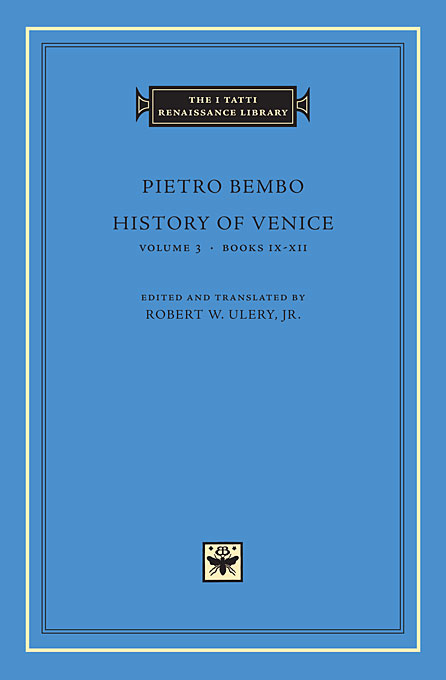 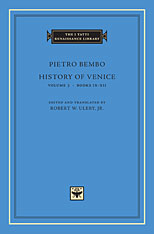 The I Tatti Renaissance Library 37

Villa I Tatti > The I Tatti Renaissance Library > History of Venice

Pietro Bembo (1470–1547), a Venetian nobleman, later a cardinal of the Roman Catholic Church, was the most celebrated Latin stylist of his day and was widely admired for his writings in Italian as well. His early dialogue on the subject of love greatly influenced the development of the literary vernacular, as did his Prose della volgar lingua (1525). From 1513 to 1521, he served Pope Leo X as Latin secretary and became known as the leading advocate of Ciceronian Latin in Europe and of the Tuscan dialect within Italy. He was named official historian of Venice in 1529 and began to compose in Latin his continuation of the city’s history in twelve books, covering the years from 1487 to 1513. Although the work chronicles internal politics and events, much of it is devoted to the external affairs of Venice, principally conflicts with other European states (France, Spain, the Holy Roman Empire, Milan, and the papacy) and with the Turks in the East.

The History of Venice was published after Bembo’s death, in Latin and in his own Italian version. This edition, completed by this third volume, makes it available for the first time in English translation.