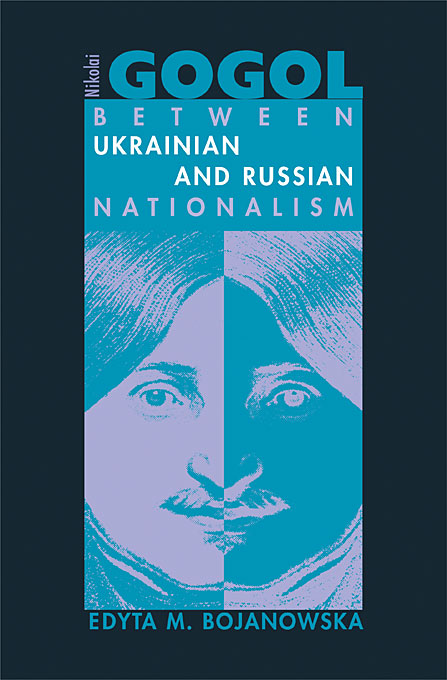 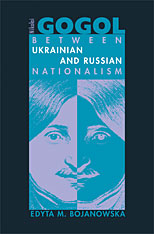 Between Ukrainian and Russian Nationalism

No other writer captured the fraught relations between Ukrainian and Russian nationalisms with as much complexity and lasting relevance as Nikolai Gogol. This pathbreaking book illuminates the deep cultural stakes of today’s geopolitical conflict.

The nineteenth-century author Nikolai Gogol occupies a key place in the Russian cultural pantheon as an ardent champion of Russian nationalism. Indeed, he created the nation’s most famous literary icon: Russia as a rushing carriage, full of elemental energy and limitless potential.

In a pathbreaking book, Edyta M. Bojanowska topples the foundations of this russocentric myth of the Ukrainian-born writer, a myth that has also dominated his Western image. She reveals Gogol’s creative engagement with Ukrainian nationalism and calls attention to the subversive irony and ambiguity in his writings on Russian themes. While in early writings Gogol endowed Ukraine with cultural wholeness and a heroic past, his Russia appears bleak and fractured. Russian readers resented this unflattering contrast and called upon him to produce a brighter vision of Russia. Gogol struggled to satisfy their demands but ultimately failed.

In exploring Gogol’s fluctuating nationalist commitments, this book traces the connections and tensions between the Russian and Ukrainian nationalist paradigms in his work, and situates both in the larger imperial context. In addition to radically new interpretations of Gogol’s texts, Bojanowska offers a comprehensive analysis of his reception by contemporaries.

Brilliantly conceived and masterfully argued, Edyta Bojanowska fundamentally changes our understanding of this beloved author and his place in Russian literature.