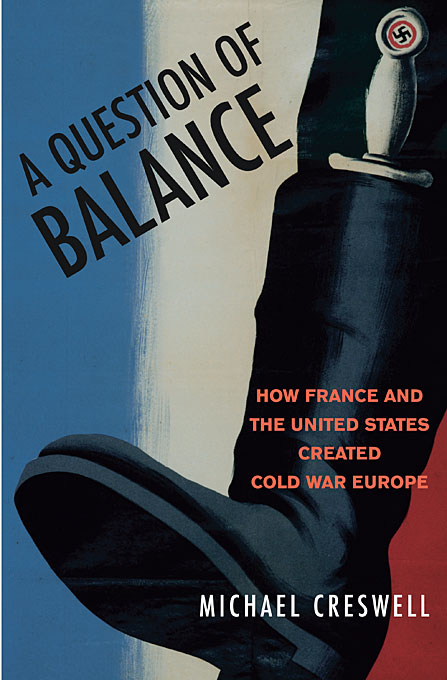 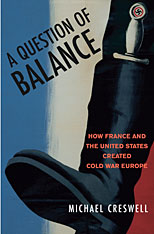 A Question of Balance

How France and the United States Created Cold War Europe

Challenging standard interpretations of American dominance and French weakness in postwar Western Europe, Michael Creswell argues that France played a key role in shaping the cold war order. In the decade after the war, the U.S. government’s primary objective was to rearm the Federal Republic of Germany within the framework of a European defense force—the European Defense Community. American and French officials differed, however, over the composition of the EDC and the rules governing its organization and use.

Although U.S. pressure played a part, more decisive factors—in both internal French politics and international French concerns—ultimately led France to sanction the plan to rearm West Germany. Creswell sketches the successful French challenge to the United States, tracing the genuine, sometimes heated, debate between the two nations that ultimately resulted in security arrangements preferred by the French but acceptable to the Americans.

Impressively researched and vigorously argued, A Question of Balance advances significantly our understanding of power politics and the rise of the cold war system in Western Europe.