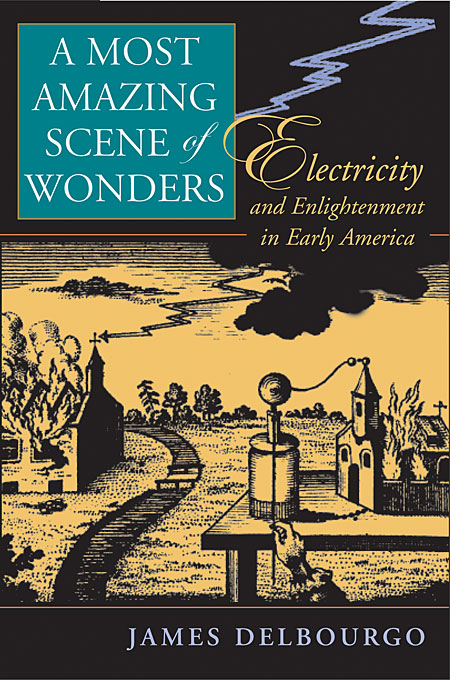 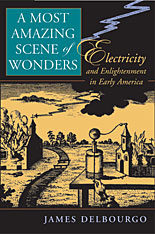 A Most Amazing Scene of Wonders

Electricity and Enlightenment in Early America

Benjamin Franklin’s invention of the lightning rod is the founding fable of American science, but Franklin was only one of many early Americans fascinated by electricity. As a dramatically new physical experience, electricity amazed those who dared to tame the lightning and set it coursing through their own bodies. Thanks to its technological and medical utility, but also its surprising ability to defy rational experimental mastery, electricity was a powerful experience of enlightenment, at once social, intellectual, and spiritual.

In this compelling book, James Delbourgo moves beyond Franklin to trace the path of electricity through early American culture, exploring how the relationship between human, natural, and divine powers was understood in the eighteenth century. By examining the lives and visions of natural philosophers, spectacular showmen, religious preachers, and medical therapists, he shows how electrical experiences of wonder, terror, and awe were connected to a broad array of cultural concerns that defined the American Enlightenment. The history of lightning rods, electrical demonstrations, electric eels, and medical electricity reveals how early American science, medicine, and technology were shaped by a culture of commercial performance, evangelical religion, and republican politics from mid-century to the early republic.

The first book to situate early American experimental science in the context of a transatlantic public sphere, A Most Amazing Scene of Wonders offers a captivating view of the origins of American science and the cultural meaning of the American Enlightenment. In a story of shocks and sparks from New England to the Caribbean, Delbourgo brilliantly illuminates a revolutionary New World of wonder.