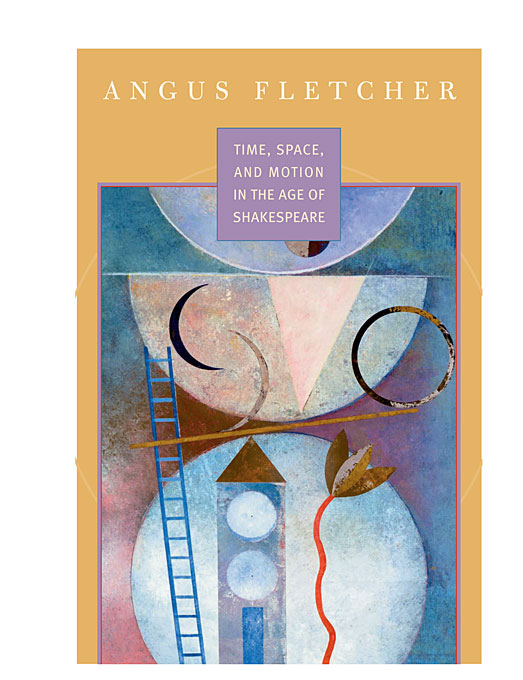 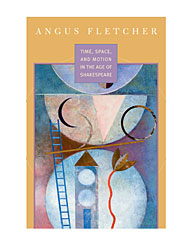 Time, Space, and Motion in the Age of Shakespeare

“When was the last time you couldn’t put down a book of literary criticism or didn’t want it to end? Ever? In Time, Space, and Motion in the Age of Shakespeare, Angus Fletcher, a magically gifted teacher in whose presence we hear what thinking feels like, has given us not only a brilliant study of the early modern period but a handbook for our time as well… Quietly astounding observations punctuate his volume… Here is the critic as wizard, making us see what we have always seen but never seen before.”—Joan Richardson, Bookforum

“Fletcher convincingly demonstrates what he calls ‘the predominant conceptual, scientific, metaphysical and hence philosophic power of the idea of motion for the poets of the early modern age’ …As a former student of Professor Fletcher at the Graduate Center, City University of New York, I have the advantage of imagining his voice and gestures, of remembering the kind of dumbfounding observations he would toss off seemingly out of nowhere as we students struggled to keep up with his incredible ability to think polysemantically.”—Anthony DiMatteo, College Literature

“Reading [Time, Space, and Motion in the Age of Shakespeare] is a bit like sharing a late-night conversation with a particularly brilliant, eloquent, digressive, athletically persuasive, and universally read colleague… Fletcher covers an astonishing amount of territory in this demanding, and rewarding, book.”—William N. West, Comparative Drama

“Angus Fletcher is an Orphic seer, a curious universal scholar of Renaissance vintage, a fusion of the best traits of Northrop Frye and Kenneth Burke, his true peers… His new book on Shakespeare, Marlowe, Donne, Milton, and so much more is a marvelous demonstration that cosmology, rhetoric, and psychology are not three entities but one. Here they fuse together with the magus Fletcher performing his superb critical alchemy.”—Harold Bloom, author of The Western Canon

“A radically new kind of exploration, Time, Space, and Motion in the Age of Shakespeare is a profoundly original work by a major scholar, with considerable potential resonance for a wide range of contemporary discourse on such matters as science and poetry, imagination and belief.”—John Hollander, Sterling Professor of English Emeritus, Yale University

“The openness and clarity of Fletcher’s argument invites one to think of it not as another literary study but rather as an essay within an American tradition of public intellectual engagement. While Time, Space, and Motion in the Age of Shakespeare illuminates multiple intersections of thought and experience in the early modern period, it also manifests a lifetime of thinking about the challenges of contemporary civilization and the ways in which literature resonates with science.”—Kenneth Knoespel, McEver Professor in the Liberal Arts, Georgia Institute of Technology

“This meditation on the relation of literature and science in the late sixteenth and earlier seventeenth centuries is certainly in a class by itself. More than any other living literary critic, Fletcher brings a perspective on the world of letters that we might call Olympian.”—John Rogers, Professor of English, Yale University