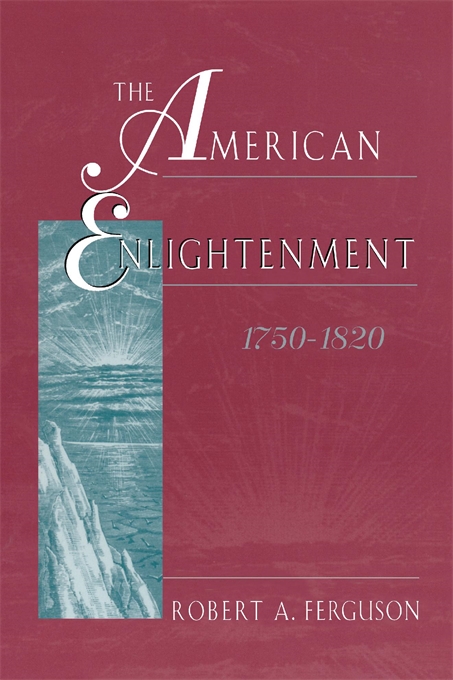 “[A] learned, highly intelligent study of American revolutionary writing… Ferguson’s chapters on the intellectual and social sources of the revolution, on how the rhetoric of revolutionary writing works now and worked then, politically, and on aspects of the American enlightenment, are masterful: original, challenging, immensely informative.”—Stephen Fender, The Times Literary Supplement

“[The] chapter on ‘Religious Voices’ is a tour de force of intelligence and conviction… In his concluding chapter [we] hear the voices of Native and African Americans… Ferguson’s narrative [is] engrossing.”—Philip F. Gura, New England Quarterly

“The best interpretation of the American Enlightenment since that of Henry F. May… [It] should be required reading for anyone concerned with eighteenth-century American thought.”—Larzer Ziff, Modern Language Quarterly

“Robert Ferguson seeks an understanding of the American Revolution through a survey of the era’s literature. He examines the use of formal elements and generic combinations in public documents, and political and religious writings, and conveys the impact such writings had. Here, the Revolution is the ‘greatest literary achievement of the eighteenth-century America’… The literature which motivated the public (from the British and Americans, loyalists and patriots, secular and the religious) undergoes a close reading and analysis.”—Carl Dimitri, American Studies [UK]

“Ferguson’s study is arguably the most stimulating treatment of the period in a generation, a work replete with often stunning examples of how the Founding Fathers did two interrelated things, one practical and the other cultural. The first was ‘to forge artificial unities amidst a contentious, far-flung populance…[and the] second was to use the spoken discourse, written texts, and public actions in which [its] aesthetic was embodied to advance a moderate, consensualist vision of enlightenment’… Ferguson presents us with an intellectual and political history of the foundational events and texts of the American Republic that is arresting—all the more so for the further insight it provides into their grounding in the Age of Reason.”—K. P. Van Anglen, Religion and the Arts

“In this book Robert Ferguson examines the manner and content of the literature of the American Revolution and early Republic. He explores the meaning and central role of the Enlightenment in America, and analyses religious thought as a controlling impulse in the Republic’s formation. Written in the present tense to help readers gain ‘awareness of history as subject and enterprise’, this is a lively guide to the motives behind the period’s well-known rhetoric.”—Gavin Cologne-Brookes, Review of English Studies [UK]

“The press and author of the present book have done a useful service by reprinting part of Volume I of the Cambridge History of American Literature, especially since the study of the enlightenment seems to have fallen from favour in recent years… The study focuses on interpretation of texts and the language, signs and symbols they contain. For the most part, the analysis necessarily focuses on the written words of the literate classes, but there is also some interesting discussion of popular, essentially non-literary behavior and its contribution to the Revolutionary process.”—Colin Bonwick, European Association of American Studies