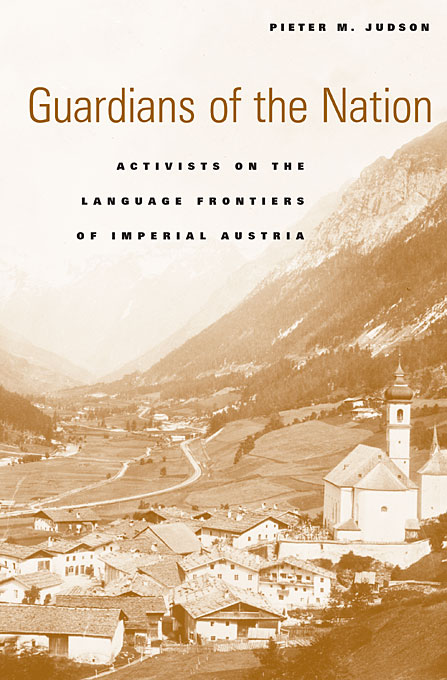 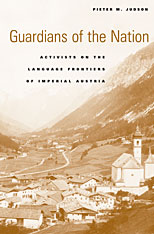 Guardians of the Nation

Activists on the Language Frontiers of Imperial Austria

In the decades leading up to World War I, nationalist activists in imperial Austria labored to transform linguistically mixed rural regions into politically charged language frontiers. They hoped to remake local populations into polarized peoples and their villages into focal points of the political conflict that dominated the Habsburg Empire. But they often found bilingual inhabitants accustomed to cultural mixing who were stubbornly indifferent to identifying with only one group.

Using examples from several regions, including Bohemia and Styria, Pieter Judson traces the struggle to consolidate the loyalty of local populations for nationalist causes. Whether German, Czech, Italian, or Slovene, the nationalists faced similar and unexpected difficulties in their struggle to make nationalism relevant to local concerns and to bind people permanently to one side. Judson examines the various strategies of the nationalist activists, from the founding of minority language schools to the importation of colonists from other regions, from projects to modernize rural economies to the creation of a tourism industry. By 1914, they succeeded in projecting a public perception of nationalist frontiers, but largely failed to nationalize the populations.

Guardians of the Nation offers a provocative challenge to standard accounts of the march of nationalism in modern Europe.