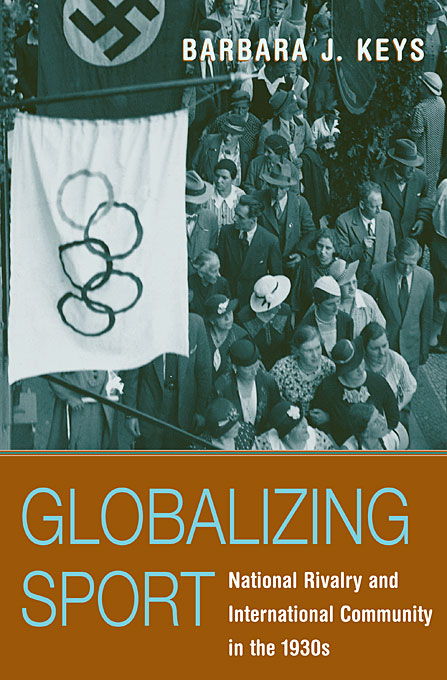 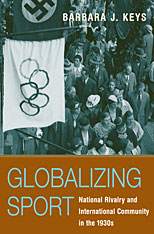 In this impressive book, Barbara Keys offers the first major study of the political and cultural ramifications of international sports competitions in the decades before World War II. She examines the transformation of events like the Olympic Games and the World Cup from relatively small-scale events to the expensive, celebrity-packed, politically resonant, globally popular entertainment extravaganzas familiar to us today. Focusing on the United States, Nazi Germany, and the Soviet Union, she details how countries of widely varying ideologies were drawn to participate in the emerging global culture. She tells of Hollywood and Coca-Cola jazzing up the 1932 Olympic Games in Los Angeles, of Hitler crowing over the 1936 Berlin games, and of the battle between democracy and dictatorship in the famed boxing matches between Joe Louis and Max Schmeling. Keys also presents one of the best accounts to date of the Soviet relationship to Western sports before the rise of the “big red sports machine.”

While international sport could be manipulated for nationalist purposes, it was also a vehicle for values—such as individualism and universalism—that subverted nationalist ideologies. The 1930s were thus a decade not just of conflict but of cultural integration, which laid a foundation for the postwar growth of international ties.