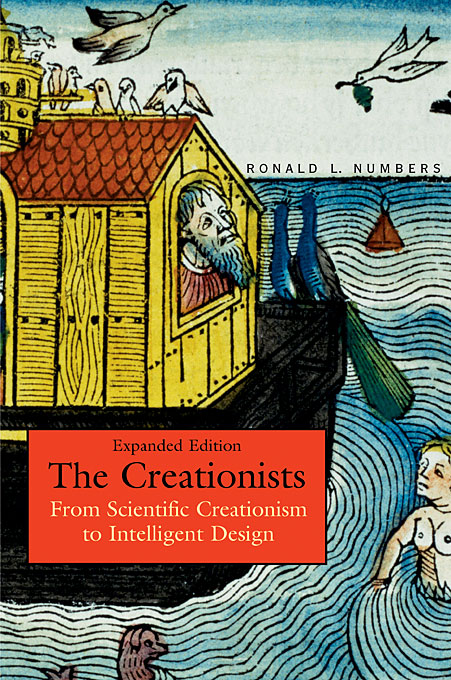 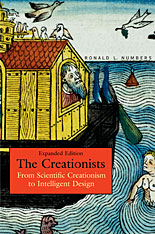 “A welcome addition to the burgeoning scholarship on contemporary interactions between science and religion. Since the first edition of The Creationists was published fourteen years ago, conflicts involving evolution have continued to make news; so much has happened, in fact, that a new edition is sorely needed.”—Stephen P. Weldon, Isis

“Ronald Numbers is in a unique position to offer some answers. His 1992 book, The Creationists, which Harvard University Press has just reissued in an expanded edition, is probably the most definitive history of anti-evolutionism. Numbers is an eminent figure in the history of science and religion—a past president of both the History of Science Society and the American Society of Church History. But what’s most refreshing about Numbers is the remarkable personal history he brings to this subject. He grew up in a family of Seventh-day Adventists and, until graduate school, was a dyed-in-the-wool creationist. When he lost his religious faith, he wrote a book questioning the foundations of Adventism, which created a huge rift in his family. Perhaps because of his background, Numbers is one of the few scholars in the battle over evolution who remains widely respected by both evolutionists and creationists. In fact, he was once recruited by both sides to serve as an expert witness in a Louisiana trial on evolution. (He went with the ACLU.)”—Steve Paulson, Salon

“[An] informative, well-researched intellectual history of the origins of the contemporary creation science movement… Numbers offers a historical analysis of the various permutations in creation science thought, starting with the original response in 1859 to Charles Darwin’s Origin of Species and ending with creationism’s spread across the globe during the 1990s.”—Pius Charles Murray, Library Journal

“This book is an intellectual history of religiously inspired anti-evolutionism, primarily in the US, since the latter 19th century. It is a meticulous work by a distinguished historian—with 431 pages of text, followed by 133 pages of detailed notes on sources. Some readers might find it heavy going, but Numbers writes in an engaging style and keeps the narrative moving briskly, writing about the human qualities as well as the theology of leading creationists.”—Francis B. Harrold, Reports of the National Center for Science Education

“Historians of science and religion have long recognized The Creationists as the finest historical examination of the intellectual origins and development of anti-evolutionism in America. In this expanded edition, Numbers has brought this important book up-to-date by recounting the rise and influence of Intelligent Design and its proponents, and documenting the spread of a new global creationism. The Creationists will remain the benchmark book in its field.”—Edward J. Larson, author of Evolution: The Remarkable History of a Scientific Theory and winner of the 1998 Pulitzer Prize in History

“Ronald Numbers’s book, The Creationists, is a modern classic. Deep sympathy combined with critical objectivity gives great insight into the thinking of those who reject evolution in favor of a narrow, literalist reading of Genesis. Now Numbers has updated his work, discussing the new approach of so-called Intelligent Design Theory and again showing how it is that so many continue to reject basic science. Ending with a frightening survey of the world-wide success of Creationism, this work is as important as it is a sheer delight to read.”—Michael Ruse, Florida State University, author of The Evolution–Creation Struggle

“Numbers tells the fascinating story of how Creationism has mutated, adapted, and evolved in a changing social and scientific environment. From the diverse range of Creationist ideas that competed with each other at the time of the Scopes Trial, to the creation of Scientific Creationism, to Intelligent Design theory, and then to the spread of Creationism from the United States to the rest of the world, the history is full of surprises, curiosities, and ironies. Those who wish to understand current opposition to Darwinism, and the larger question of how science and religion interact, must read this book.”—Elliott Sober, Hans Reichenbach Professor of Philosophy, University of Wisconsin–Madison