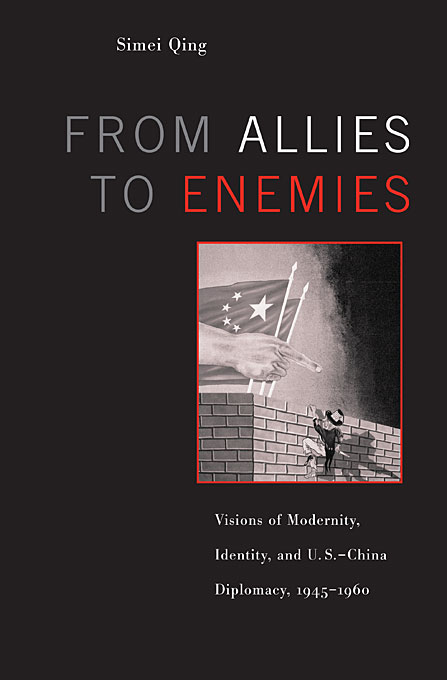 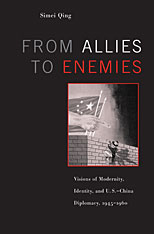 From Allies to Enemies

In a stunningly original work about the impact of cultural perceptions in international relations, Simei Qing offers a new perspective on relations between the United States and China after World War II.

From debates over Taiwan in the Truman administration to military confrontation in Korea to relations with the Soviet Union, Qing explores how policies on both sides became persistently counterproductive. Implicit moral and cultural values became woven into policy rationales for both China and the United States. Cultural visions of modernity and understandings of identity played a critical role in each nation’s evaluation of the other’s intentions and in defining interests and principles in their diplomatic relationship.

Based on American, Russian, and newly declassified Chinese sources, this book reveals rarely examined assumptions that were entrenched in mainstream policy debates on both sides, and sheds light on the origins and development of U.S.-China confrontations that continue to resonate today. Simei Qing also provides a compelling look at the vital role of deeply anchored visions in the origins of human military conflicts.