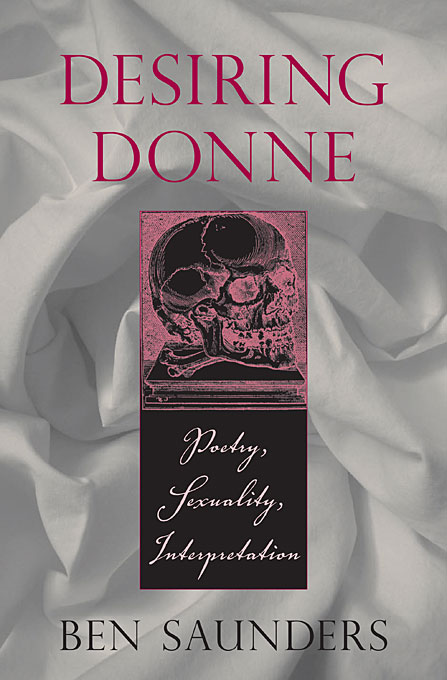 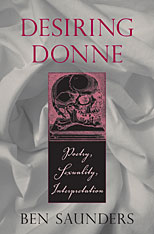 Throughout his life, John Donne was well acquainted with the consequences of desire. He wanted a courtly career badly enough to renounce the Catholicism of his childhood. Later, he wanted a woman badly enough to gamble that career for her sake; he lost, but found a new calling in the Anglican Church. There he pursued philosophical and theological questions with an intensity to match his former social ambitions, and was not above addressing God Himself in tones of "immoderate desire." Death became his ultimate object of passionate attention; and ever since that final consummation, critics have argued over the nature and import of Donne’s desires, while simultaneously (if not always self-consciously) revealing a great deal about their own.

Saunders explores this dialectic of desire, re-evaluating both Donne’s poetry and the complex responses it has inspired, from his earliest readers to his recent professional critics. In the process, Saunders considers an extraordinary range of topics, including the technology of the book, prosodic theory, the problem of misogyny, the history of sexuality, and even the purpose of criticism itself; remarkably, he does so while keeping Donne’s poetry in focus at all times.

Witty, erudite, theoretically engaged, but intensely readable, this study takes into account recent developments in the fields of historicism, feminism, queer theory, and postmodern psychoanalysis, while offering dazzling close readings of many of Donne’s most famous poems.