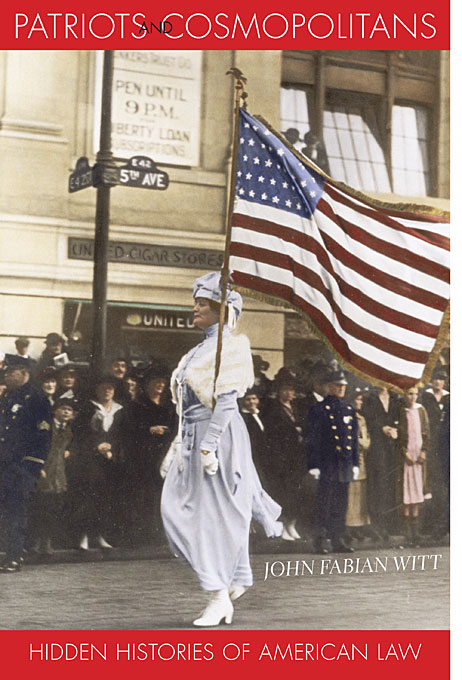 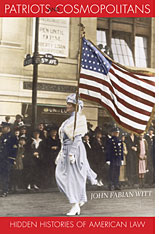 Ranging widely from the founding era to Reconstruction, from the making of the modern state to its post-New Deal limits, John Fabian Witt illuminates the legal and constitutional foundations of American nationhood through the little-known stories of five patriots and critics. He shows how law and constitutionalism have powerfully shaped and been shaped by the experience of nationhood at key moments in American history.

Founding Father James Wilson’s star-crossed life is testament to the capacity of American nationhood to capture the imagination of those who have lived within its orbit. For South Carolina freedman Elias Hill, the nineteenth-century saga of black citizenship in the United States gave way to a quest for a black nationhood of his own on the West African coast. Greenwich Village radical Crystal Eastman became one of the most articulate critics of American nationhood, advocating world federation and other forms of supranational government and establishing the modern American civil liberties movement. By contrast, the self-conscious patriotism of Dean Roscoe Pound of Harvard Law School and trial lawyer Melvin Belli aimed to stave off what Pound and Belli saw as the dangerous growth of a foreign administrative state.