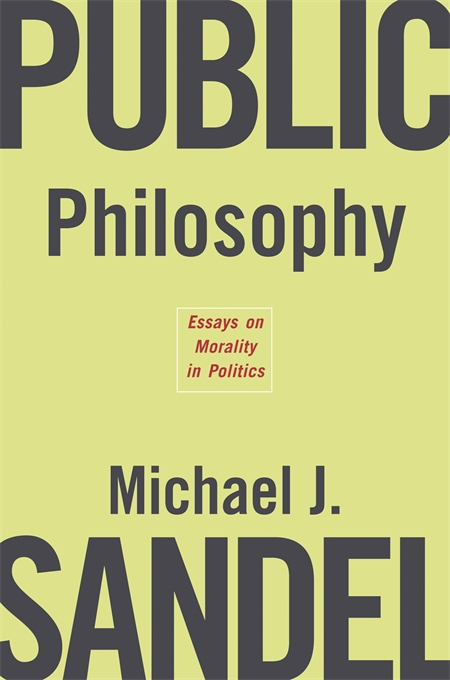 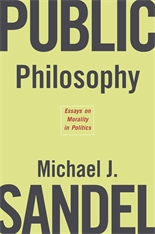 Essays on Morality in Politics

“Michael Sandel…believes that liberal appeals to individual rights and to the broad values of fairness and equality make a poor case for the progressive case, both as a matter of strategy and as a matter of principle. The country and the Democratic party would be better off, he thinks, if progressives made more of an effort to inspire the majority to adopt their vision of the common good and make it the democratic ground for public policy and law… Anyone concerned over the political success of conservatism in recent years must be interested in this critical analysis.”—Thomas Nagel, The New York Review of Books

“[Sandel] explains that our living in a pluralist society with differing moral ideals does not inhibit our discussion of issues like abortion and stem-cell research but instead helps us resolve them by looking at what it means to live ‘a good life.’ This thought-provoking book will be valuable to the general reader as well as scholars.”—Scott Duimstra, Library Journal

“Are the key values and beliefs that drive democracy in the United States sufficient to cope with our current problems? Since publishing his first book in 1982, Michael Sandel has offered a negative answer to that question by focusing on what he sees as widespread feelings of anxiety emerging from citizens’ recognition that they are unable to shape either their personal or their collective environments. He roots that pathology in our uncritical acceptance of rights, fairness, and individual choice as the hard parameters of legitimate politics, and proposes instead a return to a pre-liberal perfectionism that emphasizes responsibility, civic duty, and the common good. This new volume, which collects articles previously published between 1983 and 2004, provides a valuable overview of what Sandel calls his ‘public philosophy’… His arguments are broad-ranging, lucid, and sincere in their concern for our current public maladies. As such, they demand attention and engagement.”—William Lund, Social Theory and Practice

“No matter what your politics are, you will find Michael Sandel’s Public Philosophy exciting, invigorating, discerning and encouraging. Conservatives will discover a liberalism they didn’t know existed: profoundly concerned with responsibility, community and the importance of individual virtue. Liberals and Democrats who know their side needs an engaging public philosophy will find its bricks and mortar, its contours and basic principles, right here in these pages. To a political debate that is too often dispiriting and sterile, Sandel has offered a brilliant and badly needed antidote.”—E.J. Dionne, Jr., syndicated columnist, senior fellow at the Brookings Institution, professor at Georgetown University, author of Why Americans Hate Politics and Stand Up Fight Back

“Michael Sandel can always be counted on to write with elegance and intelligence about important things. Whether you agree or not, you cannot ignore his arguments. We need all the sane voices we can get in the public square and Sandel’s is one of the sanest.”—Jean Bethke Elshtain, The University of Chicago Divinity School

“Michael Sandel is one of the world’s best known and most influential political theorists. He is unusual for the range of practical ethical issues that he has addressed: life, death, sports, religion, commerce, and more. These essays are lucid, pointed, often highly subtle and revealing. Sandel has something important and worthwhile to say about every topic he addresses.”—Stephen Macedo, Princeton University