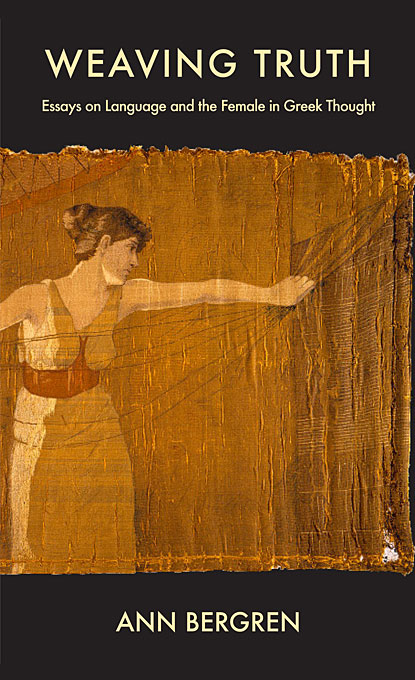 Essays on Language and the Female in Greek Thought

“What if truth were a woman?” asked Nietzsche. In ancient Greek thought, truth in language has a special relation to the female by virtue of her pre-eminent art-form—the one Freud believed was even invented by women—weaving. The essays in this book explore the implications of this nexus: language, the female, weaving, and the construction of truth.

The Homeric bard—male, to be sure—inherits from Indo-European culture the designation of his poetry as a weaving, the female’s art. Like her tapestries, his “texts” can suspend, reverse, and re-order time. He can weave the content from one world into the interstices of another.

The male poet shares the ambiguous power of the female Muses whose speech he channels. “We can say false things like to real things, and whenever we wish, we can utter the truth.”