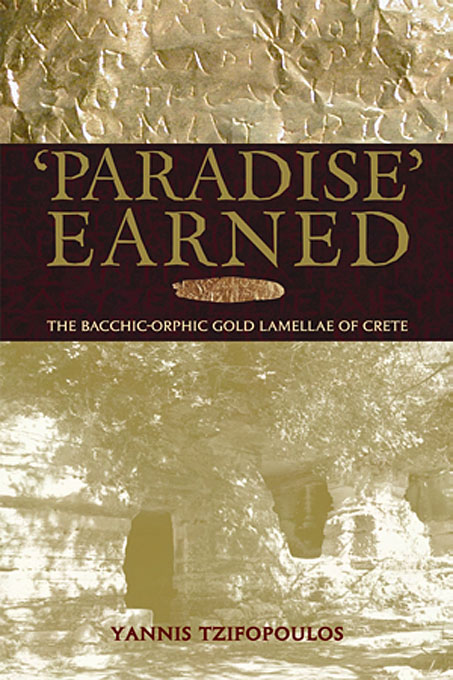 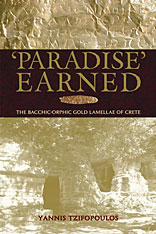 The Bacchic-Orphic Gold Lamellae of Crete

This is a study of the twelve small gold lamellae from Crete that were tokens for entrance into a golden afterlife: the deceased who were buried or cremated with them believed that they had “earned Paradise.” The lamellae are placed within the context of a small corpus of similar texts, and published with extensive commentary on their topography, lettering and engraving, dialect and orthography, meter, chronology, and usage. The texts reveal a hieros logos whose poetics and rituals are not much different from Homeric rhapsodizing and prophetic discourses. Cretan contexts, both literary and archaeological, are also brought to bear on these incised objects and on the burial custom involved. Finally, this work adduces parallels to the texts on the lamellae from the Byzantine period and modern Greece to illuminate the everlasting and persistent human quest for “earning Paradise.”