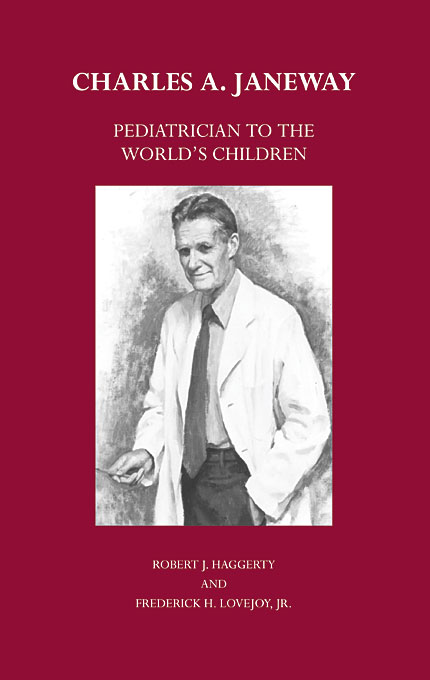 Pediatrician to the World's Children

This biography of one of the most prominent pediatricians of the twentieth century describes his illustrious medical family and his remarkable tenure of nearly three decades as Thomas Morgan Rotch Professor of Pediatrics at Harvard Medical School and head of the department of medicine at Children’s Hospital, Boston. During this period Charles Janeway built the first department of pediatrics in the nation with subspecialties based upon the new developments in basic sciences. Janeway and his colleagues defined the gamma globulin disorders that resulted in children’s increased susceptibility to infections and associated arthritic disorders.

Janeway was the most visible U.S. pediatrician on the world scene in the last half of the 20th century. He traveled widely, taught modern pediatrics to thousands of physicians throughout the developing world, and brought many of them to the U.S. for further training. He was instrumental in starting teaching hospitals in Shiraz, Iran, and Cameroon.

Janeway believed that through teaching by example he might further the cause of peace in the world. His life is an inspiration to everyone in medicine, and serves as a model that all can seek to improve the health of the world’s millions and promote a more peaceful future.