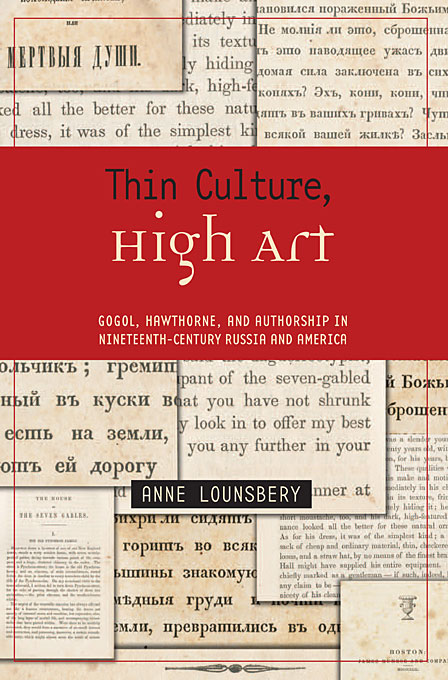 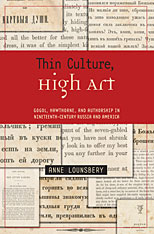 Gogol, Hawthorne, and Authorship in Nineteenth-Century Russia and America

In Russia and America a perceived absence of literature gave rise to grandiose notions of literature’s importance. This book examines how two traditions worked to refigure cultural lack, not by disputing it but by insisting on it, by representing the nation’s (putative) cultural deficit as a moral and aesthetic advantage. Through a comparative study of Gogol and Hawthorne, this book examines parallels that seem particularly striking when we consider that these traditions had virtually no points of contact. Yet the unexpected parallels between these authors are the result of historical similarities: Russians and Americans felt obliged to develop a manifestly national literature ex nihilo, and to do so in an age when an unprecedented diversity of printed texts were circulating among an ever more heterogeneous reading public. Responding to these conditions, Gogol and Hawthorne articulated ideas that would prove influential for their nations’ literary development: that is, despite the culture’s thinness and deviation from European norms, it would soon produce works that would surpass European literature in significance.