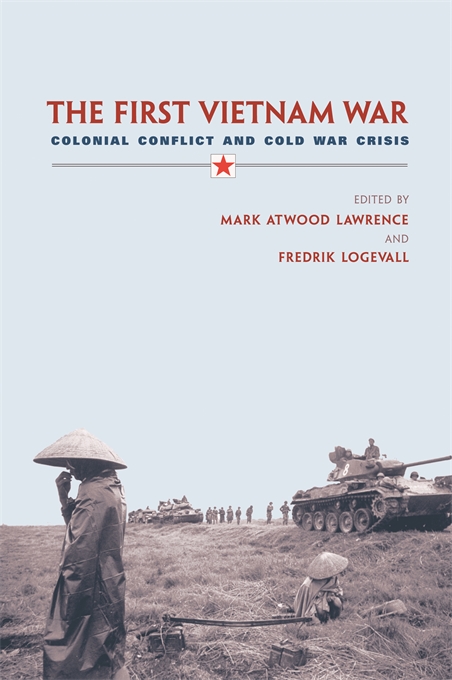 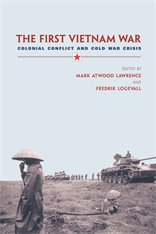 “Offers a well-written, important step toward a refocus on the international context of an important Cold War conflict.”—Douglas Porch, Journal of Military History

“Few Americans realize that the U.S. war in Vietnam was preceded by an equally destructive war waged by French troops attempting to reestablish French colonial domination over the country after Ho Chi Minh declared Vietnamese independence in Hanoi in 1945. Even fewer Americans are aware of the extent of U.S. involvement in the French war, and are equally ignorant of the astonishing extent to which Americans began their war in Vietnam from the same mistaken assumptions as the French, repeating many of the same errors of judgment as the French. This new collection will do much to dispel that ignorance.”—C. L. Yates, Choice

“A fresh collection of stimulating and impressive essays on the First Vietnam War. Lawrence and Logevall have brought together the leading scholars of the period in what will be essential reading for anyone interested in colonialism and the early Cold War.”—Robert K. Brigham, Vassar College

“The most important contribution in decades to the international history of the First Vietnam War. These essays by leading specialists show how the Indochina War connected key participants and historical forces in the making of the post-1945 international system. This book belongs in the library of anyone interested in the Cold War, decolonization, Asian history, Vietnamese studies, and international history.”—Christopher Goscha, Université du Québec à Montréal

“A splendid collection of essays based on sources from across the world and covering a wide range of topics. An indispensable addition to the literature on the First Vietnam War.”—George C. Herring, University of Kentucky

“The First Vietnam War beautifully illustrates the complex interplay between the emerging Cold War, the disintegrating colonial order, and the vibrant social, political, and cultural forces inside Indochina. The volume confirms the promise of the new international history—multi-archival, multi-national, and multi-causal.”—Melvyn P. Leffler, University of Virginia

“In this important book an impressive international group of historians sheds fresh light on the First Indochina War. The years 1945 to 1954 are not just a crucial, formative period for the Vietnamese–American relationship, but also a significant chapter in the international history of the twentieth century. This work will prove most welcome to scholars and general readers alike.”—Robert J. McMahon, The Ohio State University