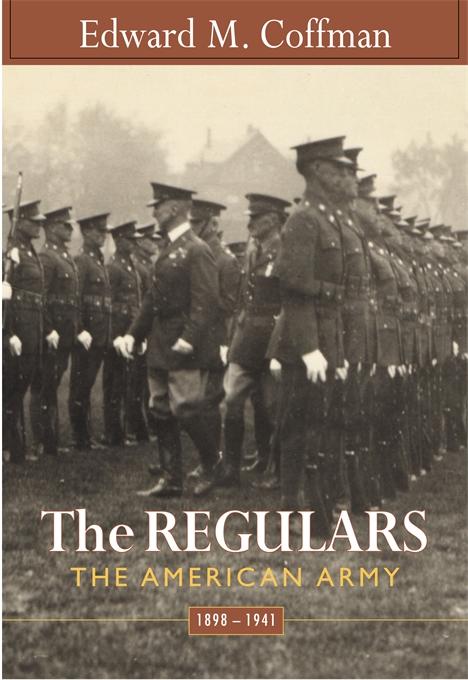 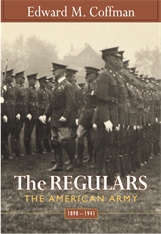 In 1898 the American Regular Army was a small frontier constabulary engaged in skirmishes with Indians and protesting workers. Forty-three years later, in 1941, it was a large modern army ready to wage global war against the Germans and the Japanese. In this definitive social history of America’s standing army, military historian Edward Coffman tells how that critical transformation was accomplished.

Coffman has spent years immersed in the official records, personal papers, memoirs, and biographies of regular army men, including such famous leaders as George Marshall, George Patton, and Douglas MacArthur. He weaves their stories, and those of others he has interviewed, into the story of an army which grew from a small community of posts in China and the Philippines to a highly effective mechanized ground and air force. During these years, the U.S. Army conquered and controlled a colonial empire, military staff lived in exotic locales with their families, and soldiers engaged in combat in Cuba and the Pacific. In the twentieth century, the United States entered into alliances to fight the German army in World War I, and then again to meet the challenge of the Axis Powers in World War II.

Coffman explains how a managerial revolution in the early 1900s provided the organizational framework and educational foundation for change, and how the combination of inspired leadership, technological advances, and a supportive society made it successful. In a stirring account of all aspects of garrison life, including race relations, we meet the men and women who helped reconfigure America’s frontier army into a modern global force.