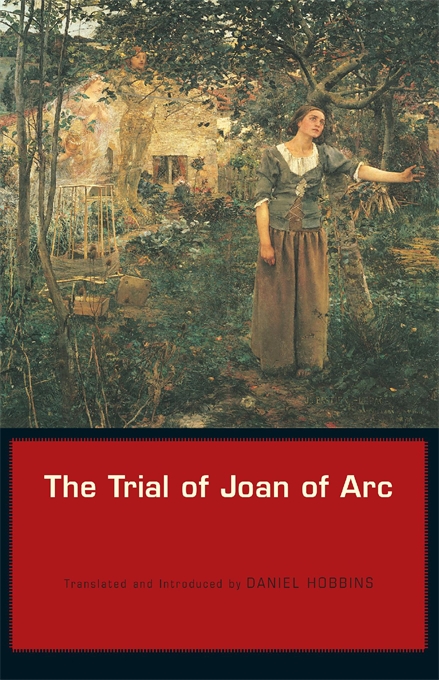 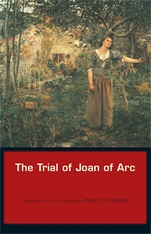 The Trial of Joan of Arc

Edited and translated by Daniel Hobbins

No account is more critical to our understanding of Joan of Arc than the contemporary record of her trial in 1431. Convened at Rouen and directed by bishop Pierre Cauchon, the trial culminated in Joan’s public execution for heresy. The trial record, which sometimes preserves Joan’s very words, unveils her life, character, visions, and motives in fascinating detail. Here is one of our richest sources for the life of a medieval woman.

This new translation, the first in fifty years, is based on the full record of the trial proceedings in Latin. Recent scholarship dates this text to the year of the trial itself, thereby lending it a greater claim to authority than had traditionally been assumed. Contemporary documents copied into the trial furnish a guide to political developments in Joan’s career—from her capture to the attempts to control public opinion following her execution.

Daniel Hobbins sets the trial in its legal and historical context. In exploring Joan’s place in fifteenth-century society, he suggests that her claims to divine revelation conformed to a recognizable profile of holy women in her culture, yet Joan broke this mold by embracing a military lifestyle. By combining the roles of visionary and of military leader, Joan astonished contemporaries and still fascinates us today.

Obscured by the passing of centuries and distorted by the lens of modern cinema, the story of the historical Joan of Arc comes vividly to life once again.