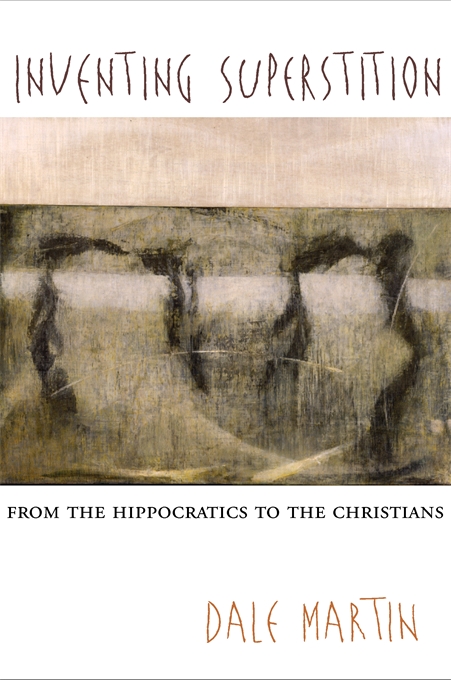 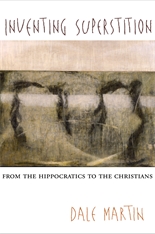 From the Hippocratics to the Christians

“Martin calls upon the teachings of thinkers like Plato, Aristotle, Galen, Hippocrates, Plotinus, and Porphyry as he defines nature and the divine, monotheism and polytheism, and earlier definitions of superstition. The book’s peak is a wonderful discussion of Celsus’s attacks on Christianity as impious and Origen’s successful Christian response in Contra Celsum. The perfect mind opener for readers desiring a better understanding of the religious climate of antiquity.”—Gary P. Gillum, Library Journal

“Many ancients and moderns have seen religion as superstition, yet the world overflows with people who reject superstition generally yet accept it in the context of religion. Yale professor Martin explores the origins of that contradiction in perhaps the finest historical study ever of superstition and its delineation from religion.”—Carlin Romano, Philadelphia Inquirer

“Martin wrote this work partially to support his contention that, contrary to modern readings, ‘superstition’ in Græco-Roman texts could not refer to belief in the supernatural, which was not a concept at the time. He maintains that reading discussions of superstition prior to the eighteenth century as references to the supernatural seriously misrepresents the thoughts of people using the term. His history and arguments in pursuit of this endeavor provide a wealth of data that can be mined and interpreted by scholars in classics as well as many other fields, including religious studies and folkloristics… Martin does an excellent job of highlighting the social tensions at play in discussions of superstition in antiquity. Particularly intriguing is Martin’s discussion of how charges of superstition were traded between early Christians and their pagan opponents… Martin’s work is one that anyone interested in worldview, vernacular religion, or the history of intellectual activities will find useful and engaging. He shows that many of the scholarly issues we grapple with today are hardly of new mint, but rather were literally millennia in the making. His deft analysis of the Pagan/Christian debates on superstition are particularly relevant at a time when new religions like Wicca and Neo-Paganism are forcing scholarship to reconsider basic assumptions about the nature of religion, belief, and worldview.”—Arie Lommel, Journal of Folklore Research

“This substantial contribution to the history of Mediterranean religions will interest classics and religion scholars.”—J. C. Hanges, Choice