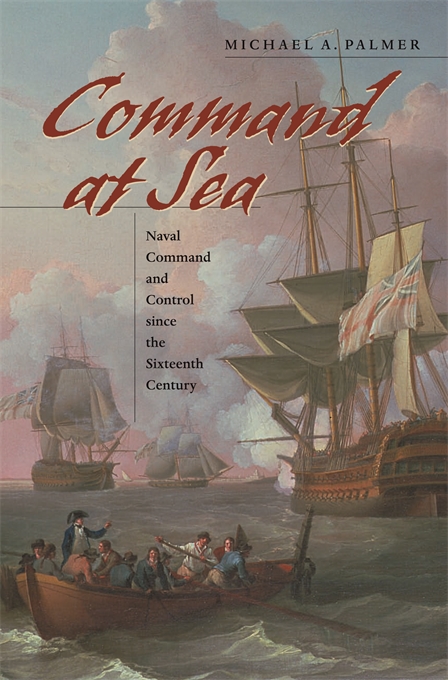 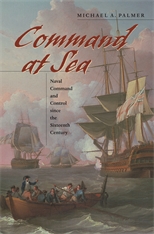 Naval Command and Control since the Sixteenth Century

Commanders at sea struggle not only with the unpredictability of natural elements, but also with a shroud of uncertainty often referred to as the “fog of war.” Over the centuries most admirals yielded to the natural temptation to find in new technologies a means to assert centralized control over their forces. But other commanders have recognized the fog for what it is: a constant level of uncertainty resistant to mere technological solution.

In this grand history of naval warfare, Michael Palmer observes five centuries of dramatic encounters under sail and steam. From reliance on signal flags in the seventeenth century to satellite communications in the twenty-first, admirals looked to the next advance in technology as the one that would allow them to control their forces. But while abilities to communicate improved, Palmer shows how other technologies simultaneously shrank admirals’ windows of decision. The result was simple, if not obvious: naval commanders have never had sufficient means or time to direct subordinates in battle.

Successful commanders as distant as Horatio Nelson (1758–1805) and Arleigh Burke (1901–1996) accepted this reality. They sought solutions to the dilemmas of command in the personal indoctrination of subordinates through discussion, comradeship, and displays of trust and confidence. Such leaders created a commonality of vision and fostered a high degree of individual initiative. Their decentralized approach to command resulted in a resiliency that so often provided the key to success in battle.

Palmer’s exciting and enlightening history reveals the myriad efforts of naval commanders to navigate the fog of war.