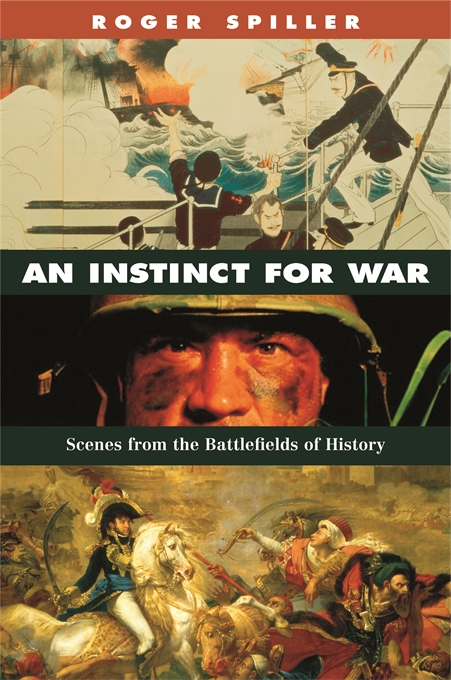 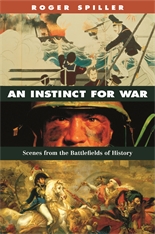 An Instinct for War

Scenes from the Battlefields of History

Stories about war are some of the oldest stories told—used to entertain, to glorify, to lament, to educate. An Instinct for War utilizes myriad tales of war to offer a remarkable look at one of humanity’s oldest plagues. Roger Spiller excavates the essence of war and its evolution through the words and thoughts of those who led—and those who were led—into battle, moving from the perspective of an ancient Chinese emperor to Napoleon’s command, from a Civil War soldier’s final days to the particularities of today’s small wars throughout the globe.

Spiller combines a mastery of the primary sources with a vibrant historical imagination to locate a dozen turning points in the world’s history of warfare that altered our understanding of war and its pursuit. We are conducted through profound moments by the voices of those who witnessed them and are given a graphic understanding of war, the devastating choices, the means by which battles are won and lost, and the enormous price exacted. Spiller’s attention to the sights and sounds of battle enables us to feel the sting and menace of past violent conflicts as if they were today’s.

A bold departure from standard military history, An Instinct for War will challenge our understanding of how war forever alters the landscape—both human and geographic—and how individuals can alter the nature of battle. This collective portrait of the life of war offers unparalleled insight into our struggle for mastery over a fundamental instinct.