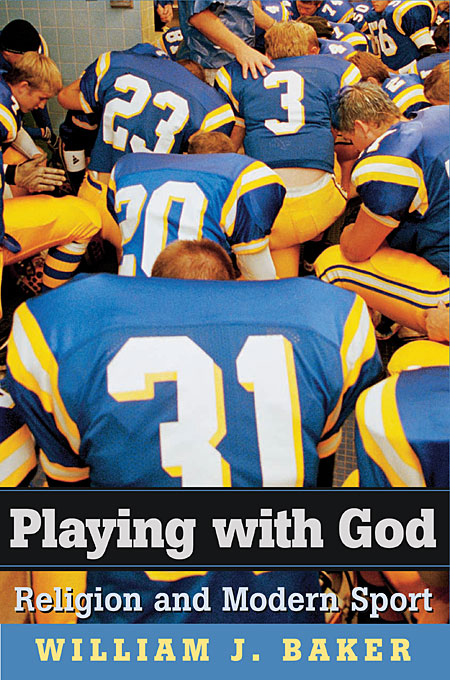 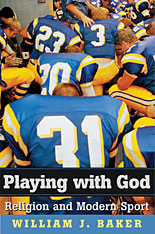 The spectacle of modern sport displays all the latest commercial and technological innovations, yet age-old religious concerns still thrive at the stadium. Coaches lead pre-game and post-game prayers, athletes give God the credit for home runs and touchdowns, and fans wave signs with biblical quotations and allusions. Like no other nation on earth, Americans eagerly blend their religion and sports. Playing with God traces this dynamic relationship from the Puritan condemnation of games as sinful in the seventeenth century to the near deification of athletic contests in our own day.

Early religious opposition to competitive sport focused on the immoderate enthusiasm of players and spectators, the betting on scores, and the preference for playing field over church on Sunday. Disapproval gradually gave way to acceptance when “wholesome recreation” for young men in crowded cities and soldiers in faraway fields became a national priority. Protestants led in the readjustment of attitudes toward sport; Catholics, Jews, Mormons, and Muslims followed. The Irish at Notre Dame, outstanding Jews in baseball, Black Muslims in the boxing ring, and born-again athletes at Liberty University represent the numerous negotiations and compromises producing the unique American mixture of religion and sport.