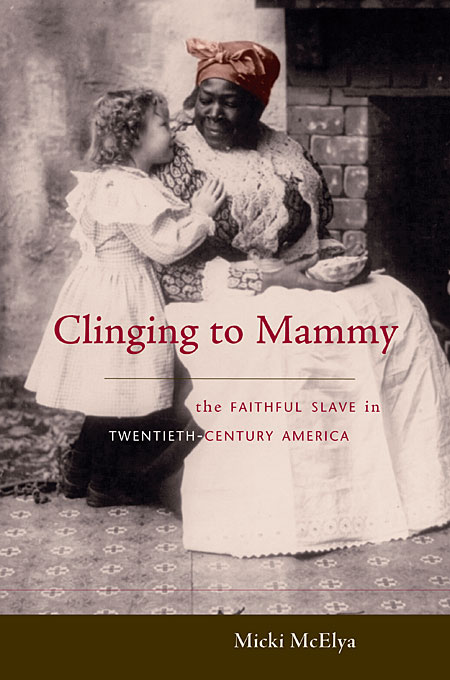 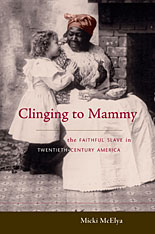 The Faithful Slave in Twentieth-Century America

When Aunt Jemima beamed at Americans from the pancake mix box on grocery shelves, many felt reassured by her broad smile that she and her product were dependable. She was everyone’s mammy, the faithful slave who was content to cook and care for whites, no matter how grueling the labor, because she loved them. This far-reaching image of the nurturing black mother exercises a tenacious hold on the American imagination.

Micki McElya examines why we cling to mammy. She argues that the figure of the loyal slave has played a powerful role in modern American politics and culture. Loving, hating, pitying, or pining for mammy became a way for Americans to make sense of shifting economic, social, and racial realities. Assertions of black people’s contentment with servitude alleviated white fears while reinforcing racial hierarchy. African American resistance to this notion was varied but often placed new constraints on black women.

McElya’s stories of faithful slaves expose the power and reach of the myth, not only in popular advertising, films, and literature about the South, but also in national monument proposals, child custody cases, white women’s minstrelsy, New Negro activism, anti-lynching campaigns, and the civil rights movement. The color line and the vision of interracial motherly affection that helped maintain it have persisted into the twenty-first century. If we are to reckon with the continuing legacy of slavery in the United States, McElya argues, we must confront the depths of our desire for mammy and recognize its full racial implications.