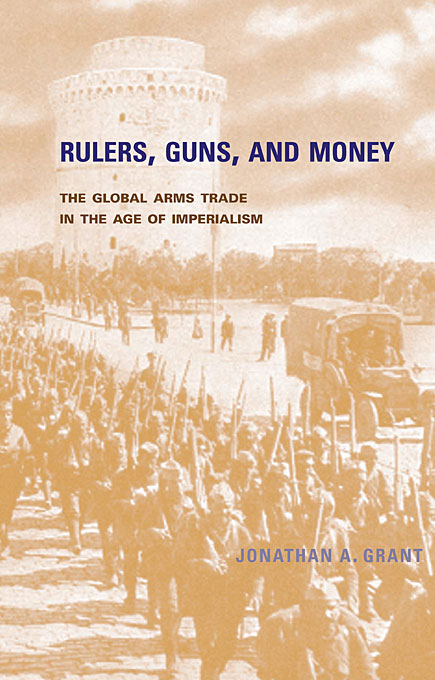 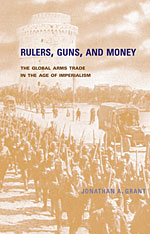 The Global Arms Trade in the Age of Imperialism

“An ambitious and wide-ranging history of the arms export trade over the half century leading up to the First World War. Grant provides a great deal of new information on unfamiliar topics, such as the Argentina-Chile naval race of the 1890s and Ethiopian emperor Menilek’s purchase of European rifles. He also offers fresh material on better-known episodes, such as the modernization of Meiji Japan and arms sales to the Balkans.”—David Stevenson, London School of Economics and Political Science

“An original and illuminating work that connects the global arms business to the spread of imperialism. Grant’s archival discoveries are delightfully counterintuitive, with national arsenals selling to even the bitterest enemies of their respective states. He gives a brilliant exposition on the senseless militarization of Latin America in the late nineteenth century, where regimes confessed their folly, yet plowed ahead anyway, driven by pride, patriotism, and graft.”—Geoffrey Wawro, author of The Franco-Prussian War

“Although many histories have been written about the international arms race prior to World War I, few have examined this phenomenon within the larger context of the 19th century...Impressively researched...This groundbreaking book will revitalize historical debate on the arms trade.”—C. J. Weeks, Choice

“Jonathan Grant has written an extensive, well-researched, and probing account of the companies that built those warships in the decades before the Great War...His impressive research spanning a number of nations and various national archives reveals in some depth the diplomatic struggles that prompted nations to seek arms and the competition among firms to win contracts. The book will serve readers interested more narrowly in the subject of arms sales and, more broadly, in globalization and business history...Rulers, Guns, and Money should find a place on the shelves of historians of the period, whether their interests lie in colonialism, international relations, or business.”—Jeffrey A. Engel, Business History Review