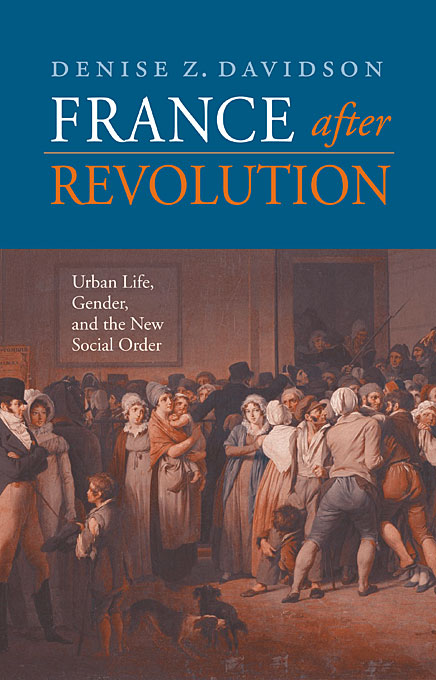 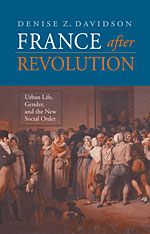 The decades following the French Revolution saw unprecedented political and social experimentation. As the Napoleonic and Restoration regimes attempted to build a stable order, ordinary city dwellers began to create their own sense of how society operated through everyday activities. Interactions between men and women—in theaters, cafes, and other public settings—helped to fashion new social norms.

In this extensively researched work, Denise Z. Davidson offers a powerful reevaluation of the effects of the French Revolution, especially on women. Arguing against the view that the Revolution forced women from the public realm of informed political discussion, Davidson demonstrates that women remained highly visible in urban public life. Women of all classes moved out of the domestic sphere to participate in the spectacle of city life, inviting frequent commentary on their behavior. This began to change only in the 1820s, when economic and social developments intensified class distinctions and made the bourgeoisie fear the “dangerous classes.”

This book provides an important corrective to prevailing views on the ramifications of the French Revolution, while shedding light on how ordinary people understood, shaped, and contested the social transformations taking place around them.