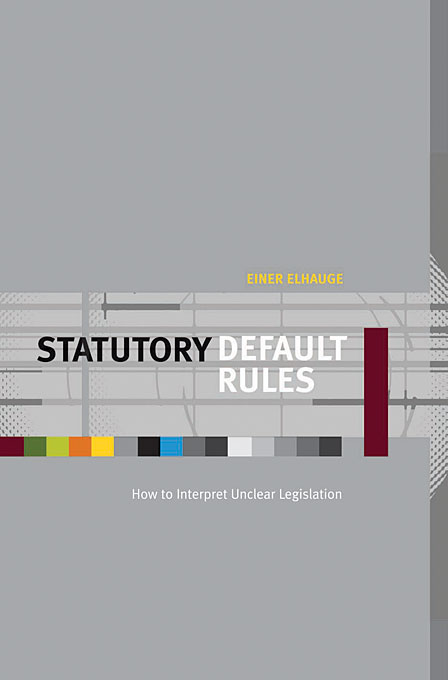 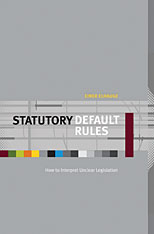 How to Interpret Unclear Legislation

Most new law is statutory law; that is, law enacted by legislators. An important question, therefore, is how should this law be interpreted by courts and agencies, especially when the text of a statute is not entirely clear. There is a great deal of scholarly literature on the rules and legal materials courts should use in interpreting statutes. This book takes a fresh approach by focusing instead on what judges should do once the legal materials fail to resolve the interpretive question. It challenges the common assumption that in such cases judges should exercise interstitial lawmaking power. Instead, it argues that—wherever one believes the interpretive inquiry has failed to resolve the statutory meaning—judges can and should use statutory default rules that are designed to maximize the satisfaction of enactable political preferences; that is, the political preferences of the polity that are shared among enough elected officials that they could and would be enacted into law if the issue were on the legislative agenda.

These default rules explain many recent high-profile cases, including the Guantánamo detainees case, the sentencing guidelines case, the decision denying the FDA authority to regulate cigarettes, and the case that refused to allow the attorney general to criminalize drugs used in physician-assisted suicide.