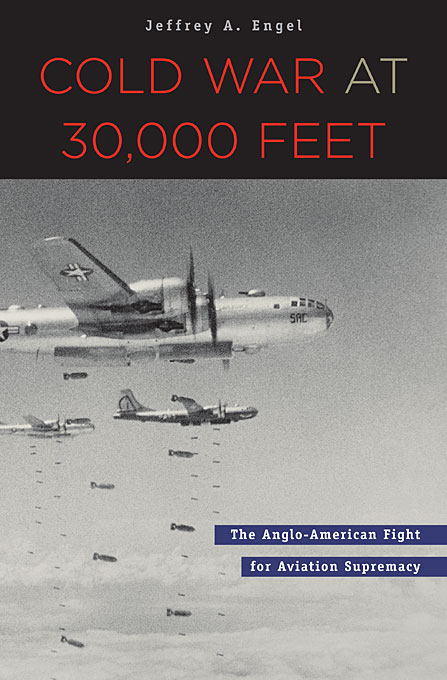 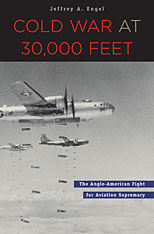 The Anglo-American Fight for Aviation Supremacy

In a gripping story of international power and deception, Jeffrey Engel reveals the “special relationship” between the United States and Great Britain in a new and far more competitive light. As allies, they fought communism. As rivals, they locked horns over which would lead the Cold War fight. In the quest for sovereignty and hegemony, one important key was airpower, which created jobs, forged ties with the developing world, and, perhaps most importantly in a nuclear world, ensured military superiority.

Only the United States and Britain were capable of supplying the post-war world’s ravenous appetite for aircraft. The Americans hoped to use this dominance as a bludgeon not only against the Soviets and Chinese, but also against any ally that deviated from Washington’s rigid brand of anticommunism. Eager to repair an economy shattered by war and never as committed to unflinching anticommunism as their American allies, the British hoped to sell planes even beyond the Iron Curtain, reaping profits, improving East-West relations, and garnering the strength to withstand American hegemony.

Engel traces the bitter fights between these intimate allies from Europe to Latin America to Asia as each sought control over the sale of aircraft and technology throughout the world. The Anglo–American competition for aviation supremacy affected the global balance of power and the fates of developing nations such as India, Pakistan, and China. But without aviation, Engel argues, Britain would never have had the strength to function as a brake upon American power, the way trusted allies should.