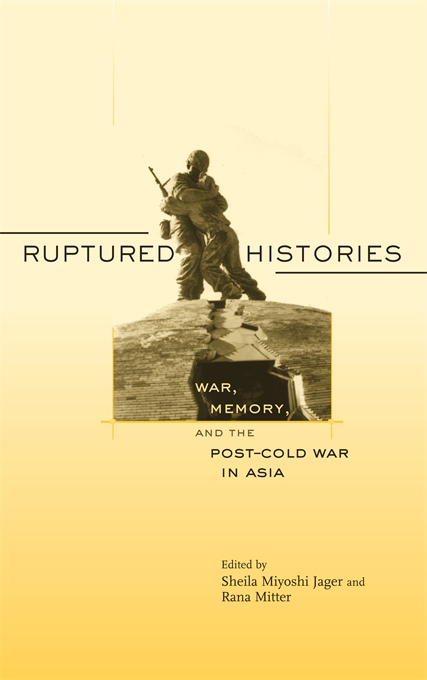 War, Memory, and the Post–Cold War in Asia

What has the end of the Cold War meant for East Asia, and for how its people understand their recent history? These thought-provoking essays explore a vigorously contested area in public culture, the wars of the modern era.

All the major East Asian states have undergone a profound reassessment of their experiences from World War II to Vietnam. New and at times aggressive forms of nationalism in Japan, China, South Korea, Vietnam, and Taiwan have affected American security policy in the Pacific and posed a challenge to the post-communist world order. Japan has met fervent opposition to its premiers’ visits to the Yasukuni shrine honoring the wartime dead. China has reclaimed a forgotten war history, such as the positive contributions of Chiang Kai-shek’s Nationalists. South Korea has embraced an interpretation of the Korean War that is hostile to the United States and sympathetic to its North Korean adversaries.

This volume not only illuminates regional and global changes in East Asia today, but also underscores the need for rethinking the Cold War language that continues to inform U.S.–East Asian relations.