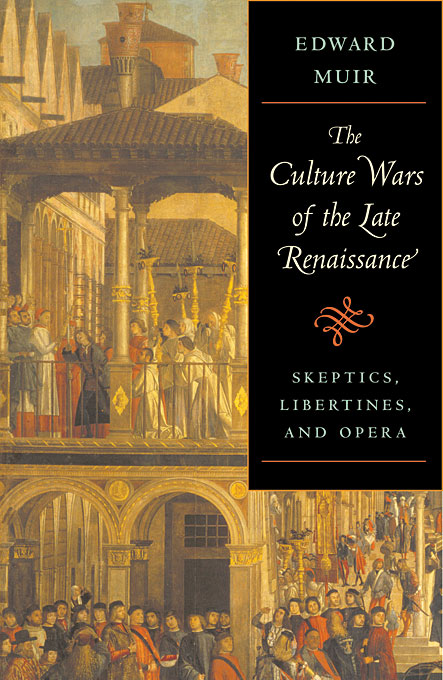 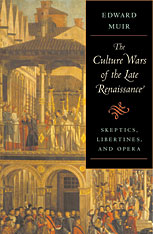 The Culture Wars of the Late Renaissance

In the summer of 1591, students from the University of Padua attacked the local Jesuit college and successfully appealed to the Venetian Senate to intervene on behalf of the university. When the Jesuits were expelled from the Venetian dominion a few years later, religious censorship was virtually eliminated. The result was a remarkable era of cultural innovation that promoted free inquiry in the face of philosophical and theological orthodoxy, advocated libertine morals, critiqued the tyranny of aristocratic fathers over their daughters, and expanded the theatrical potential of grand opera.

In Padua a faction of university faculty, including Galileo Galilei and the philosopher Cesare Cremonini, pursued an open and free inquiry into astronomy and philosophy. In Venice some of Cremonini’s students founded the Accademia degli Incogniti (Academy of the Unknowns), one of whose most notorious members was the brilliant polemicist Ferrante Pallavicino.

The execution of Pallavicino for his writings attacking Pope Urban VIII silenced the more outrageous members of the Incogniti, who soon turned to writing libretti for operas. The final phase of the Venetian culture wars pitted commercial opera, with its female performers and racy plot lines, against the decorous model of Jesuit theater. The libertine inclinations of the Incogniti suffuse many of the operas written in the 1640s, especially Monteverdi’s masterpiece, L’Incoronazione di Poppea.

Edward Muir’s exploration of an earlier age of anxiety reveals the distinguished past of today’s culture wars, including debates about the place of women in society, the clash between science and faith, and the power of the arts to stir emotions.